Miguna has not been denied entry into Kenya - Government

The Government has refuted claims that lawyer Miguna Miguna has been denied entry into the country.

According to Mwenda Njoka, spokesman for the Ministry of Interior and Coordination of National Government, said that Miguna declined to present the passport that he travelled with to immigration authorities.

“GoK has not denied Miguna Miguna entry into the country. Upon arrival at JKIA he was asked to present the passport he travelled in. He declined. It is a legal requirement & IATA regulation for travellers to show the documents they travelled in at the point of entry,” Njoka posted on Twitter.

Reports indicated that the fiery lawyer forced his way past JKIA’s immigration clearance area after a heated argument but was barred at the luggage area. 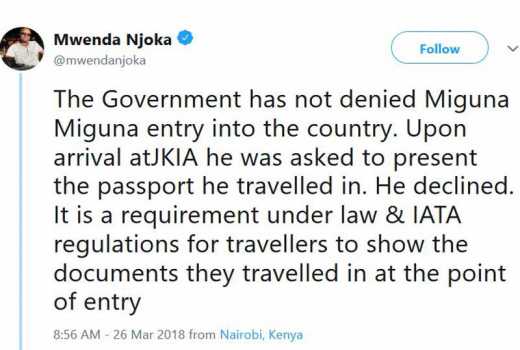 Miguna arrived at JKIA, Nairobi, after a six-week stay in Canada where he had been deported to.

His Emirates flight EK19 touched down at the airport at 2:30 pm where he was received by his lawyers.

The fierce Sate critic was deported to Canada after his dramatic arrest for his role in the January 30 controversial Raila Odinga’s ‘swearing-in’ as the people's president.

However, his return now further throws into the spin his relationship with Raila, as he criticised his truce deal with President Uhuru Kenyatta.

According to Miguna, the reconciliatory meeting was meant to turn Kenya into an authoritarian rule as it only served the few elites at the expense of many suffering Kenyans. 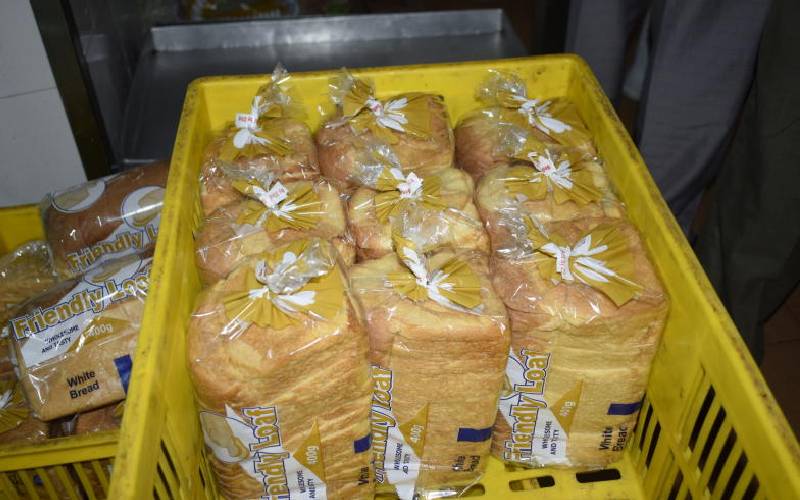 By Kevin Ogutu | 57 minutes ago

By Muriithi Mugo | 57 minutes ago

By James Omoro | 57 minutes ago 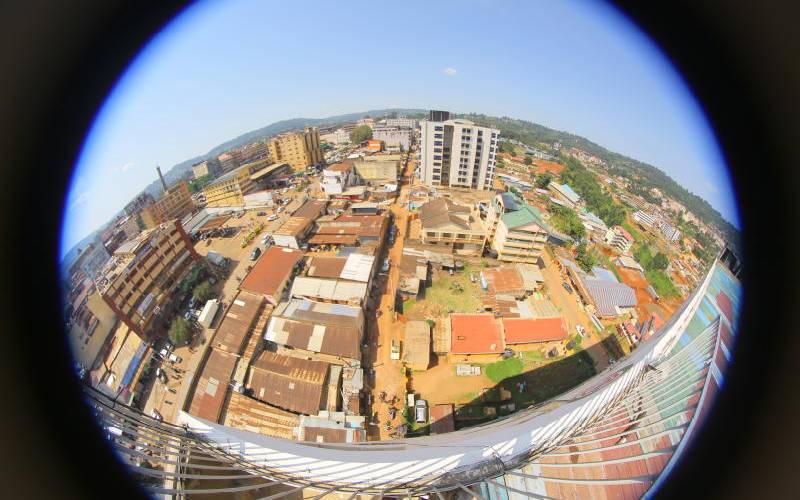 By Erick Abuga | 57 minutes ago