Violence and threats to electoral commission officials were the main reason why there was no repeat election in 25 constituencies on October 26.

The Independent Electoral and Boundaries Commission (IEBC) has secured 25 affidavits sworn by the returning officers of the affected areas in Nyanza region, detailing why it was impossible for them to supply election materials and for voters to exercise their democratic right.

According to the IEBC officials, those who were most affected were presiding officers, who were local residents.

The IEBC explained that the majority of officers in these areas wrote to their bosses explaining that National Super Alliance (NASA) supporters either used threats or actual violence to scare them off. In some instances, according to IEBC, polling stations were completely barricaded or the returning officers failed to turn up.

Leonard Okwema, her counterpart in Suna East, claimed he was first kicked out of the tallying centre by the county government before some goons attempted to burn his car.

Mr Okwema added that people contracted to ferry election materials never showed up and that poll officials withdrew their services after they were threatened by mobs.

“I was ordered out of Ifad Hall, Migori tallying centre, by the county government on October 24, 2017. All access roads leading to all polling stations were barricaded with big stones. The vendor who was to provide transport did not bring even one vehicle. All the poll officials withdrew their services, citing threats and violence from the goons,” he explained.

Kisumu Central Returning Officer John Ngutai explained that the violence in the area made it impossible for IEBC to conduct the election.

“I also recall that during the election training for election officials, violent goons led by elected leaders stormed the training grounds at the office of the regional Administration Police co-ordinator for Nyanza... and destroyed tents that we had pitched and stole all the chairs and tables. The security situation got worse on the election date as demonstrators were determined to ensure that there was no election in the constituency.”

To buttress the point, Jubilee Party attached a High Court judgement showing it was common knowledge that protests by the Opposition would turn chaotic and a looting spree would occur whenever it called for peaceful protests.

In the case, Khelef Khalifa and Njonjo Mue argue that failure by IEBC to carry out elections in the 25 constituencies rendered the whole process a sham.

In a separate sworn statement, Head of State dismisses former Kilome MP's challenge to his victory in October 26 as 'hot air' and 'frivolous'. 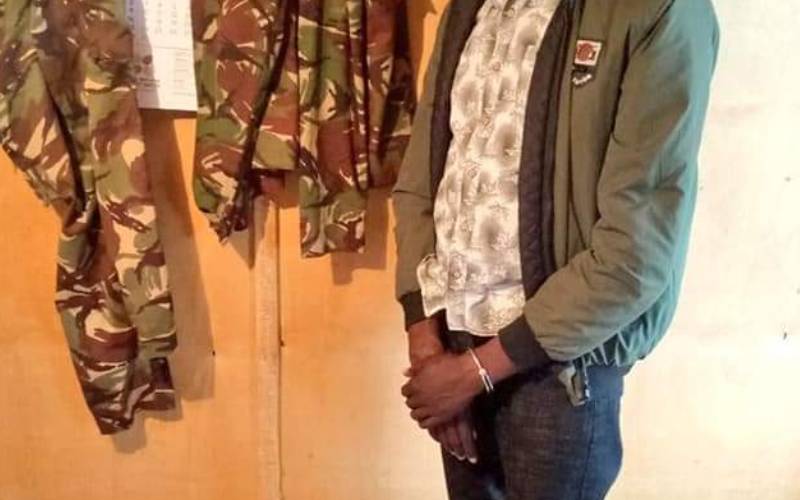 By Erick Abuga | 27 minutes ago