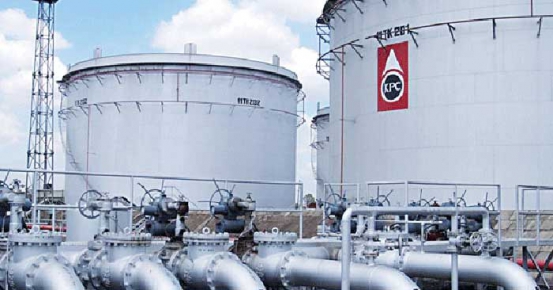 Kenya Pipeline Company could lose billions of shillings if it accepts a demand for additional funding to cover delays in the project of laying out a new pipeline.

In a controversial transaction at the corporation, KPC may have to part with Sh4 billion more if it agrees to a cost variation on the 450-kilometre pipeline demanded by Zakhem International Construction Ltd.

Zakhem won the tender to replace the 43-year-old pipeline between Nairobi and Mombasa in 2014 amid a cloud of controversy of foul play and allegations of being blacklisted in several other countries.

Despite pulling all the stops to win the 484,502,886 dollar-valued tender (Sh43 billion) in 2014, Zakhem has lagged behind the project timelines and was supposed to sign out on February 9, 2016 after 18 months duration beginning on August 2014.

By December 31 last year and after 17 months on site, Zakhem had done 33 per cent of the work and consumed 95.6 per cent of contract time.

“The fact of the matter is that we have not agreed on any contract variation. The fact that they have put up variation claims as set out in the contract does not mean that we have agreed. The only thing we have agreed is variation of time up to September 30,” KPC board chairman John Ngumi told The Standard on Sunday.

In January this year, Zakhem requested a Sh4 billion worth of variation of time and cost.

The extension was to run from February to May 31, 2016 to enable them finish the pipeline. They also requested extension of up to September 30, 2016 to enable them finish constructing the pump stations as per the contract. Yesterday, company MD Joe Sang confirmed that the extensions of time of up to September — for both line and pumps, were granted at no cost.

“Yes it was granted. Zakhem’s new completion date is September 30, 2016. The extension was necessitated by delays as a result of litigation both on the award of the tender and on the supply of equipment, especially the mainline pump sets. No cost. The contract sum is the same,” Sang said.

Sang said further delays were also occasioned by the process of securing the National Construction Authority waiver, long liaison with vendors to complete order placement and final construction drawings as well as delivery of long lead items due to the manufacturer’s production schedules.

However, an “extension of time claim review” evaluation report done by the KPC’s project committee in February and obtained by The Standard on Sunday appears to blame Zakhem for the delays. “The delay in taking possession of the sites from the commencement date of 11th August 2014 to 29th September, 2014 was attributable to the contractor for failing to comply with the relevant provisions in the contract prerequisite to commencement of the works,” the report says.

In its application, Zakhem had also stated that it commenced works on January 6, 2015 but the committee disapproved this and said the works began in October 2014.

The report also blamed Zakhem for delaying in submission of the detailed programme of works by almost two months, from July 1, 2014 to August 23, 2014.

Still, the report claims, the programme had material deviations and Zakhem re-submitted a revised programme on September 26, 2014.

Despite this re-submission, the report says that by May 29, 2015, there was no acceptable revised programme of works conforming to the contract terms. “Despite late submissions, the programmes were found to have deviated materially from the provisions of Clause 14,” it says.

The report also blames Zakhem for delays in finalisation of documents referred to as “IFC documents” which were prerequisite for construction of pump stations.

“The delay is mainly attributable to the contractor’s failure to provide final vendor data for key equipment which was required by the consultants to finalise the IFC documents,” the report said.

This despite the fact that KPC itself had established what the report calls an “irrevocable Letter of Credit (LC) on October 13, 2014 to enable the contractor place purchase orders with equipment manufacturers.”

“It was expected that the equipment data would be availed to the consultants immediately thereafter. The contractor failed to provide the necessary data required for progression of IFC documents despite KPC facilitating by availing the funds for placement of purchase orders for key equipment at a very early stage of the project,” the report says.

The project committee concluded that there was no delay attributable to KPC on construction of the mainline and that “any extension beyond the contractual completion date of February 9, 2016” should be at no cost to KPC.

The committee also recommended that the pumping station arm of the contract be extended for 117 calendar days from February 10, 2016 to June 6 “at no cost to KPC”.

None of the two projects have been completed to this date.

Yesterday Ngumi said Zakhem’s variation will be subjected to thorough and rigorous evaluation at the right time.

He sounded vexed by stream of negative media reports on the happenings at KenPipe Plaza.

“We haven’t gone back to them on their claims but when we do, I want to promise you that we will examine their claims rigorously.

I do not have the exact figure of their claims right now because I am not directly involved,” he said.

Raila’s battle to save ODM ahead of 2017 elections

Governors take Senate to court amid extortion claims in probe

NMS to bury 164 bodies if they remain unclaimed
;
Feedback