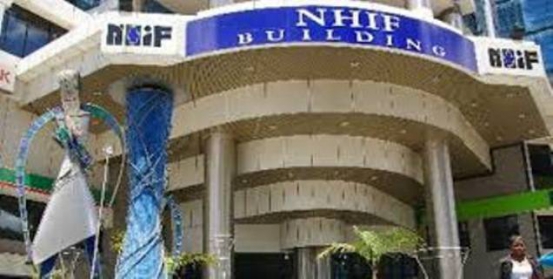 A nationwide workers' strike might be in the offing this week after a teachers' union called a crisis meeting to include another item on its list of grievances.

The Kenya National Union of Teachers (Knut) National Executive Council meets today to make a 'major decision' on the Government's resolve to appeal the hefty salary award granted to teachers by the Employment and Labour Relations Court.

This means that in addition to the National Hospital Insurance Fund (NHIF) stalemate, teachers will also push for immediate payment of the recent salary award even as the Government vowed to appeal the court verdict.

Collins Oyuu: The man who traded rosary and the gun for chalk

Knut Secretary General Wilson Sossion said the Government must prepare for a battle that will include implementation of the court order that gave teachers a salary increment and the revocation of NHIF's new rates.

"This is a turning point for the labour movement and we are not joking. No teacher will set foot in school. And no worker will resume duty until NHIF rates are suspended. They must leave our payslips intact," said Sossion, who also doubles as the Trade Union Congress of Kenya (TUC-Ke) secretary general.

TUC-Ke is an umbrella body for unions representing teachers, civil servants, university and dockworkers. It has a membership of about 700,000. Sossion spoke as the Government obtained a court order, temporarily stopping the strike called by TUC-Ke.

Labour Court Judge Hellen Wasilwa gave the orders and said the strike called by the union officials over new NHIF rates should be halted until the case before her is heard and determined. "An interim order is hereby issued against the respondents herein on their own or through their agents, representatives and their members from participating in the industrial action in regard to the National Hospital Insurance fund deductions," Justice Wasilwa ruled.

Acting Labour Cabinet Secretary Rachel Omamo said with the court order, no one will be allowed to take part in the strike.

"The strike cannot and must not take place. Violating orders will be in contravention of court order and those who go against the order will suffer the consequences," said Ms Omamo.

She said the right to strike is a 'civil liberty that must not be exercised in a cavalier manner.' "The problem has never been the Government. As a Government, we remain open to further talks," said Omamo.

Sossion, however, said NHIF rates are illegal. "We cannot allow unconstitutional rates to be pushed down the throats of Kenyans just because some arm of the Government wants to raise cash from poorly paid workers," said Sossion.

Union of Kenya Civil Servants Secretary General Tom Odege said there is no turning back. "We asked for talks but they tossed us around like small children. It is time they know we did not attend the two-day meeting in vain," said Mr Odege.

He said the Monday meeting last week had accepted to suspend the new rates to allow for talks. "But when we returned Tuesday to finalise on the agreement, they changed tune. As unions, we have remained consistent and we shall not play second fiddle in talks," said Odege.

"They have pushed us to this level. We were open to talks. But in an environment where you are already branded as dishonest, why do you waste time talking? Let's meet on the streets," said Mr Mukhwaya.

"Those have been rehearsals. Teachers will only go back to school on condition that the court ruling delivered in their favour is fully implemented and the controversial NHIF new rates are revoked," he said.

Yesterday, Sossion said he had written to the Teachers Service Commission (TSC) to convene the consultative meeting that would culminate in signing the Collective Bargaining Agreement (CBA).

"We must sign the CBA latest on Tuesday. This salary award was a result of consensus because both parties agreed the industrial court judge assumes arbitration. And all parties filed memoranda. Why do they refuse the verdict?" asked Sossion.

TSC chairperson Lydia Nzomo said last week the commission is cash-strapped and cannot implement the salary increase. "Implementation of the ruling will require an additional Sh70 billion based on the current establishment and without factoring in the employment of additional teachers," said Dr Nzomo.

She said TSC's immediate requirement is to pay the arrears accruing from July 1, 2013 to date, amounting to some Sh51 billion. "These funds are not available because they have not been budgeted for in the 2015/2016 financial year," she said.

UDF MPs divided on whether to join Mudavadi in ANC

Musalia Mudavadi’s Amani National Congress (ANC) has been received with varied reactions as some members of his erstwhile United Democratic Forum (UDF) are not willing to jump ship.

By Nikko Tanui | 7 hours ago

By Robert Kiplagat | 7 hours ago