First things first - let’s give you a story on pornography and why the proposal to make it a serious crime, at least for the sake of our children, needs to be looked at with sobriety.

The setting: Some roadside town in Nyeri that has more bars than shops and churches combined, and noticeably no bookshop. But I digress.

With some tight deadline to beat, and experiencing one of those IT issues with my laptop that can really ruin your day, I ducked inside what the youngsters call cyber cafes, but look more like cyber caves.

The place was packed with youngsters the age of my daughter and just slightly older than my son, all of them with those monster earphones firmly glued to their ears and generally trying their best to appear very busy.

I was lucky to get a place to sit and was in the middle of a desperate effort to beat deadlines when suddenly, one of the youngsters who looked so serious in one corner that you might have thought he was researching from the Internet for a physics test accidentally unplugged his earphones.

The rest cannot be told here, but the long and short of it was that the sounds that came from that boy’s computer were anything else but physics.

From the onset, let’s set the record clear; there is a special place in hell reserved for anyone that circulates ‘unsolicited’ pornography, especially miscreants who, with very unholy intentions, circulate nude pictures and videos of their friends as soon as a relationship heads south. Such characters deserve to be in jail.

From his passionate defence of his Bill, especially citing family credentials, there is no doubt that Duale has good intentions. But intentions are just that.

For starters, this Bill makes Duale sound like a moral cop. And this country, despite its rather unimpressive record in morals, has enough moral cops to make angels up there jealous (well, until they come down and see our morals in practice). But I digress again.

A number of critics have pointed out that Duale’s Bill is fraught with legal loopholes, and that a government that seeks to watch over our shoulders with a long whip of morality belongs to George Orwel’s Nineteen Eighty Four.

That said, precedence shows that ours is the only country where new laws do not seem to work. They either are left to gather dust, are broken with impunity, or become new opportunities for graft or shameless greed.

As such, if Duale’s Bill sails through, we must expect cases of shady characters laying deliberate traps for unsuspecting Kenyans. Then you can expect gold diggers to launch a treasure hunt looking for any incriminating material (or plant it) and use this to extort.

Is a well written or acted movie with a sex scene ‘pornography?’ It brings to mind the famous case of The Innocence of Lady Chatterley back in November 1960 in which, after six days of dramatic court hearings, the jury took only three hours to poke holes in The Obscene Publications Act and overturned a ban on DH Lawrence’s novel, Lady Chatterley’s Lover.

With the same moral codes, let us jail politicians who spew hate from public podiums to, say, 100 years?

Jail the thieves and looters who have inflicted more damage on our country since independence than any pornography. Let’s jail these ones for, say, 100 years?

Yes, let’s jail them. One word of caution however; we might need to build more jails.

The decision by the DP and his allies to form UDA to rival Jubilee, is a clear sign that he has lost faith in the party that he used to ride to power.

Meanwhile, Tusker teenage sensation Henry Meja has been crowned the FKF Premier League’s best player for the month of January. 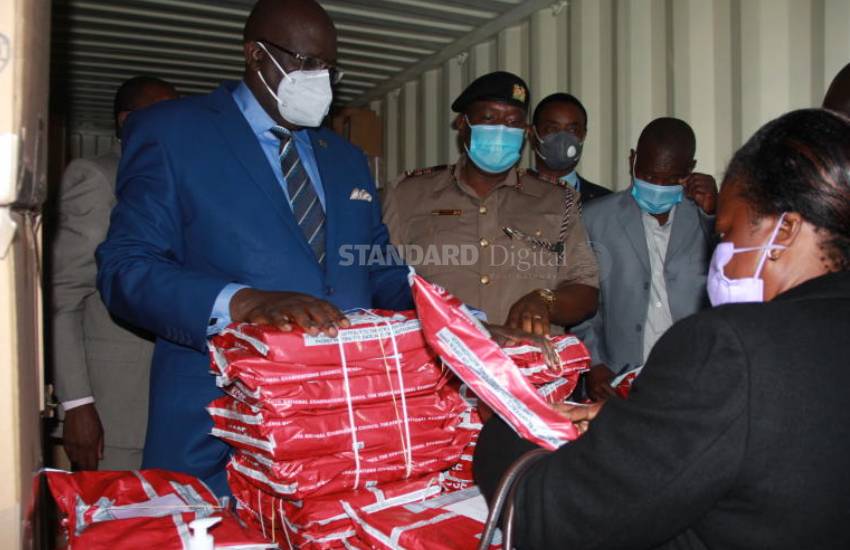 By Augustine Oduor | 34 minutes ago

By Anthony Gitonga | 43 minutes ago

Family fighting for life after lorry rammed into their house
Feedback