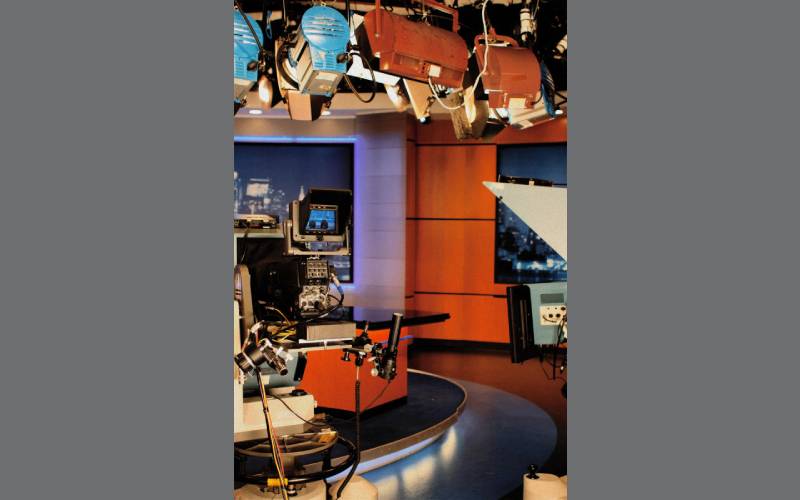 Last weekend, I was invited to a virtual meeting by my former students, all now practising journalists, in early stages of their career. They wanted to discuss the state of Kenyan media and their place in it. They were worried about redundancy notices, retrenchment or whatever management terms used to explain the premature termination of services. So far, almost all major media houses have announced such measures.

My response in a discussion that lasted some two hours, was that they should find comfort in two facts: nobody knows the future of journalism, and they were well trained to face whatever tomorrow will bring.

Perhaps we should linger a little longer on this notion that nobody knows the future of journalism. Actually, it’s been a long time coming. I saw it unfurl for the nearly two decades that I was in the newsroom, and nearly another decade since I left.

To contemplate the future, the Kenyan media must recast their gaze to the past and examine the genesis of their travails. I submit that the coronavirus pandemic only exacerbated a crisis that has long been in the making.

Journalists’ woes are a serious blot on media sector

Guard the freedom of media at all costs, a lot is at stake

I estimate there are five levels of failure that have slowly consigned us to the mess that we are in: Failure to localise the Fleet Street business model; consolidation of private capital to serve a public good; emasculation of journalism unions; death of free thought and inability to change with time.

Start from the beginning. The business models inaugurated by The Standard in 1902 — one historian insists it was actually established in 1901 — and replicated by the Nation in 1959, were modeled on England’s Fleet Street tabloids in terms of content development and distribution.

The genealogy of these two publications, it is safe to argue, was or is not, Kenyan. These were fortified over the next 50 years by British training editors. Put simply, these papers have remained local clones of their foreign forebears. A counter to this argument is that global media are now welded into one, or the flow of international capital filters to the local. But in a land where different languages are spoken, literacy levels are uneven, and different economic conditions obtain, the media should have done better to ensure content was more attuned to local needs.

But Fleet Street wasn’t just a business model but an extension of cultural imperialism, whose echo pulses in the ongoing coverage of the coronavirus pandemic. A leading local TV station daily tabulates global infections rates, then swiftly moves to the US, before zooming in on Kenya. Nothing on Africa, or even East Africa. Why America?

Perhaps we should modify our judgement and acknowledge that a local weekend paper reproduced New York Times pages, while CNN still feeds the bellies of local stations that claim to offer 24-hour broadcasting! US domestic politics has become a substitute for international news.

This dumbing down of news was only a sign of the capitulation of journalism — an essential public good — to private capital. After all, it’s cheaper to reuse what others have no use for.

A good chunk of local media entities, in any case, are primarily tools for political mobilisation in every election cycle, or leveraging other commercial interests. Even when the law was introduced committing local stations to broadcast local content, the best that some could do was to voice-over Mexican and Spanish soap operas, into local languages.  The outcome is a hilarious parody that’s drawing in the crowds and with it, a decent share of advertising revenues.

He who feeds you

Talking about revenues, governance structures of most private media do not require any financial accountability. What one can say with confidence is that they have raked in handsome profits, given their modest investments.

An estimated 80 per cent of local content is churned by stringers who operate without a retainer or medical insurance. And until the Kenya Correspondents Association came into being, this group was ineligible to join Kenya Union of Journalists, because the latter was only for those in permanent employment. Talk of double jeopardy.

Perhaps we are asking too much of local media barons; their stock of trade being instant profits. So, when a new station is launched, they will not waste time in training and developing their own talent. Instead, they raid their more established peers for staff and triple their pay, before the same faces are regurgitated elsewhere, for even higher pay. The underdevelopment of the rural correspondent — most are not formally trained and rely on free training by NGOs — means the onset of devolution did not yield in the entrenching of regional journalism. County-focused publications by the Nation and The Standard foundered in under one year.

If the drive for profit and lack of moral compunction was not adequate deterrence, death of free thought and internal democracy within the newsrooms precipitated a steady exodus of journalists from the newsroom.

This convergence of grievances has resulted in, if we may put it bluntly, predictable production of stale, corporate-driven PR and political apologia disguised as news. The great Nigerian author Chinua Achebe had an elegant term for such fare - deodorised dogshit.

I have steered clear of government’s role in the suppression of local media development because that requires acres of space to articulate. Suffice it to say the current administration has been the most hostile in the nation’s history of media.

Deliberate withholding of legitimate revenues earned by media houses and the crafting of legal instruments to subvert journalistic investigations, are blatant attempts at controlling not just the message, but the messenger as well.

But journalists have proven to be their own worst enemy. They have remained rigid and unmoved even as the ground beneath them shifted. An event that develops at 11am will be of little value tomorrow morning if readers and viewers are not made to appreciate what’s at stake, and how that affects them directly, now and in the future. Where do we go from here? Other entities, large and small, have shown what that future looks like. Some of the most scintillating analysis are to be found on peripheral, NGO-funded journalism platforms like The Elephant, or blogs on AfricaAsACountry or AfricanArguments.

But donor-dependency is not our salvation, especially if we heed Thomas Sankara’s warning: he who feeds you controls you. To allow an imperial gaze, The Guardian, picked in an Oxford survey as the leading UK newspaper in the coverage of the coronavirus pandemic, is now mainly funded through donations by its readers, who stood at over 800,000 three months ago. The New York Times has tremendously expanded its digital-only subscription base to over five million.

But the Times did something crucial before its digital configuration: it has enhanced its coverage of the borough of New York because, first and foremost, it is a local newspaper. It has stepped up its investigations on the city and its dwellers.

Local media require similar introspection. Why do they exist and for whom? Safeguarding of private capital has worked well for the past 120 years, but that’s as far as it gets. If they are to survive tomorrow, their core mission and service must be relevant to its dwellers, and here we are talking of a chang’aa distiller in the Mathare Valley and a gin-and-tonic sipping golfer at Muthaiga Club.

The stories will be narrated in lofty English, or simple animations for those who prefer other mediums. Crucially, they will be published digitally first and accessible on the phone, before they can find life in other forms.

Before one can answer the question of sustainability and who should fund it, there must be a restoration of journalism as a public good.

To return to my response to my students, it’s true there are elements of journalism of the future that nobody really knows as yet, but journalists must be ready to face whatever tomorrow will bring.

-- Dr Kimani, a former ‘Standard’ senior editor and author, teaches at Aga Khan University’s Graduate School of Media and Communications. The views expressed here are his own.

By Bella Boson | 3 days ago

By Isaac Kalua | 6 days ago

By David Oginde | 6 days ago