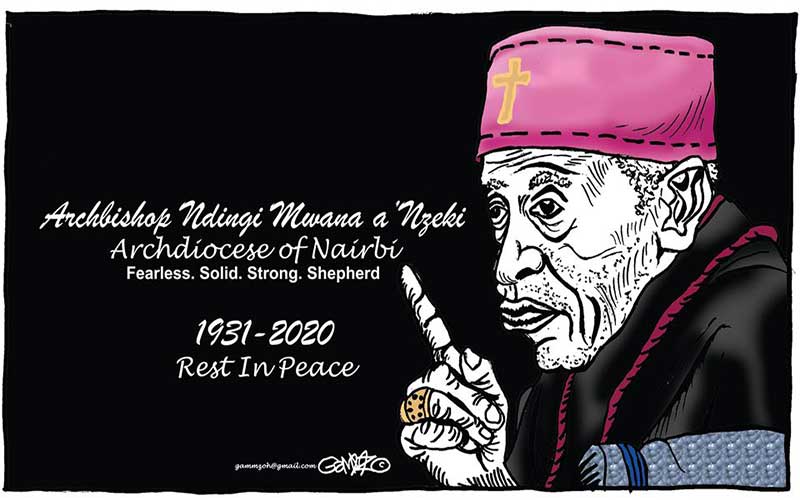 Father Lawrence Njoroge wrote a book on Catholicism in Kenya titled, A Century of Catholic Endeavour, in which he capture the mood in the transition from colonialism to postcolonial times. In the prevailing nationalist environment, there was an Africanisation atmosphere in everything and every profession, including those in religions. The religious ones sought to decolonise religious establishments such as the Catholic Church, the CMS, the Methodists, the Salvationists, the Baptists, the Adventists, the Friends, and the AIC.

They were all to give African faces to established churches whose headquarters were in Europe and the United States. The leaders in the West, among them Cold War American Evangelist Billy Graham, believed in the “Great Commission” to send “missionaries” to the decolonising countries. This Western view of its role in the Great Commission collided head on with the spirit of decolonisation in Africa.

One of the young men in Catholicism that Njoroge wrote about was Raphael Ndingi Mwana A’Nzeki, barely 30 at independence. Njoroge read Ndingi’s eulogy on April 7, 2020 at the Holy Family Minor Basilica that was sparsely attended. Among the few present was Presbyterian Timothy Njoya who, like Ndingi, has his own spiritual story. Ndingi and Njoroge had become very close while serving, like spiritual father and son.

As a man, Ndingi knew youthful temptations and was probably aware of Daniel Kamau’s, or DK’s, naughty song, Niwanjemaniria na Wamaria, that reportedly was also popular with seminarians at St Thomas Aquinas. In their impish exuberance, the seminarians would change the wording to mention specific bishops and then sing loudly at night, I will marry when I want. So and so is still there.

Despite the purported seminarian naughtiness, the new African bishops were wonder boys, full of ideas and enjoying fine points of theological engagements. While loving the patron saint of Catholicism, St Thomas Aquinas, they also paid attention to African founders of early Christianity such as Clement, Origen, Turtullian, Eusebio, and Augustine. They endorsed the reforms associated with Pope John XXIII and his Vatican II Council which seemed to justify involvement in “Liberation Theology” and church Africanisation.

They, as such, went around doing “good” in Kenya. They, particularly John Njenga in Eldoret, opened schools occasionally without teachers but with faith that teachers would show up. They did. In doing so, they often had to battle government policies in ways not previously expected.

Engaging in theological discourses, opening schools, mounting development projects, and arguing policy with the government is not what made Ndingi special. He stood out out as a fearless fighter for people irrespective of religious affiliation. During the build-up to the multi-party agitation, he along with Njoya, Alexander Muge, Henry Okullu, and David Gitari, worried about politically instigated deaths in the country.

Ndingi had his ears on the ground and would directly call President Daniel arap Moi to demand explanations as to why government was not protecting people in specified places. He also went public in condemning government-related atrocities. In the process, his name became synonymous with protest. Some admirers adjusted his name from Mwana a’Nzeki to Mwana wa Njeki as they sang his praises because of his determination to check government brutality.

It was only fitting that Ndingi would take over the Nairobi Arch-Diocese after Maurice Cardinal Otunga. But controversy still followed him from Nakuru to Nairobi. He weathered the accusation that he benefited from the rich Nairobi Catholic faithful who reportedly gave him Mercedes Benz to welcome him to Nairobi. He had no problem with Father Dominique Wamugunda reading the riot act to President Moi during a Jomo Kenyatta memorial with Mama Ngina looking on.

Coronavirus has infected and affected everything and denied Kenyans their right to mourn great Ndingi, the way they mourned his friend, Njenga. In the meanwhile, Ndingi and Njenga sleep permanently in adjoining crypts at the Holy Family Minor Basilica.

PAPAL TOUR: The significance of Rosary in the Catholic Church