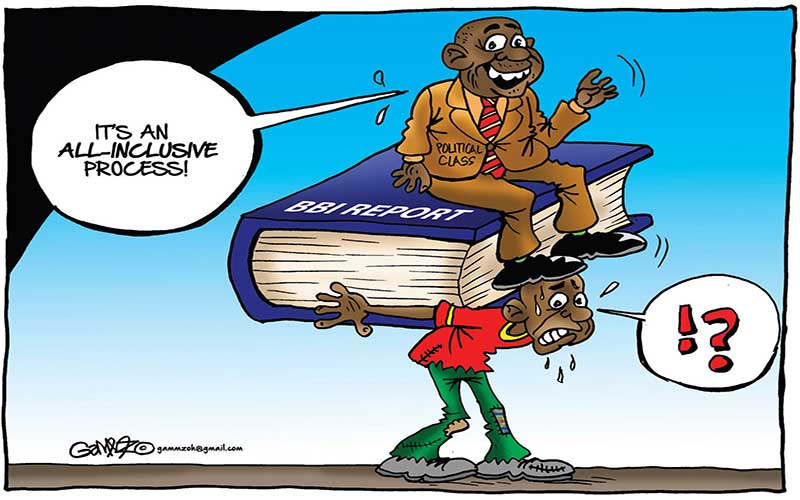 There is a famous saying that a rising tide lifts all boats. As a country, Kenya is diplomatically and economically on the up. We have indeed become the diplomatic focal point of East Africa, the gateway for Africa. President Uhuru Kenyatta is the first African name on dignitaries list for major meetings of world powers. We are the positive target of trade deals and a tourism hub. We are a genuine source of diplomatic pride for our continent.

Economically, while there is much work to do; things are getting better. The economy is growing, and the trajectory for fiscal and financial matters is a positive one.

However, one area where Kenya is stuck is on a political level. Indeed, while Kenya has been rising, many boats across our nation remain stuck, or even sinking. This is due to an antiquated and rotten political system which for too long has represented the elite few at the expense of the majority wananchi. Kila jambo na wakati wake; (There is an opportune time for everything). And surely time for real change is now. Far enough away from 2017, and still not in the heart of the 2022 campaign, if we are to tinker with our political system and implement real changes which don’t scream of politicised cynicism, now is the time. While there is much talk about a Ruto-Raila race in 2022, we are not there yet. Alliances are yet to be formed; candidates are yet to begin campaigning. It is therefore an opportune time to get the system right, before the campaigns officially begin.

For too long our political campaigns have been about individuals and tribes. They have been aggressive and often belligerent affairs. No one wants to remember (but how can we forget) the terrible post-election violence. The horrific scenes of communities on the run, the killings and the destruction. We must do all it takes to avert another disaster. This was entirely a result of our political system. A political system that pitches tribe against tribe. A system which is zero-sum in nature, creating obvious winners and obvious losers.

Losers feel disenfranchised. They lose ownership and a voice in their own country. This affects resource allocation and it breeds dangerous resentment and inevitable hostility and as we have seen all too often, even violence. What we therefore need is a system which works for the people. That represents the masses and ensures that campaigns are no longer about one tribe or one section of society winning at the total expense of another.

The idea of proportional representation and an executive prime minister have been bandied about as part of the Building Bridges Initiative (BBI). Likewise, the role of an official head of the opposition who has both power and sway, a platform to influence and a pulpit from which he can enfranchise the disenfranchised, represent those on the ‘losing’ side of the election.

The BBI crucially pays attention to the role of women in our political system, even suggesting that every gubernatorial pairing includes a woman. This would be historic in any democracy; let alone an African democracy. This move, combined with a strengthening of our devolved system would be a grand step into lifting the boats of all Kenyans, in particular, women.

So while the BBI is still work in progress, for all those who doubt it, they need to ask just one question. Do they prefer the current rotten political system? A system which does not represent the average Kenyan? A system which has facilitated corruption and created an environment of hostility and violence? A system which creates a few winners but masses of losers?

If the answer is no, then we must act now. The BBI is a bottom-up approach to solving these challenges. It is a people-led effort. And having been taken around all the counties in its development, it is still open for further consultation and honing prior to what would be a necessary referendum in which the people will decide. In this unique apolitical window we have between elections, the hour has come when we must act to reform our system, as a people, for the people.

The Karen Country Club leg of the 2019/2020 Safari Golf Tour Series has attracted a field of...