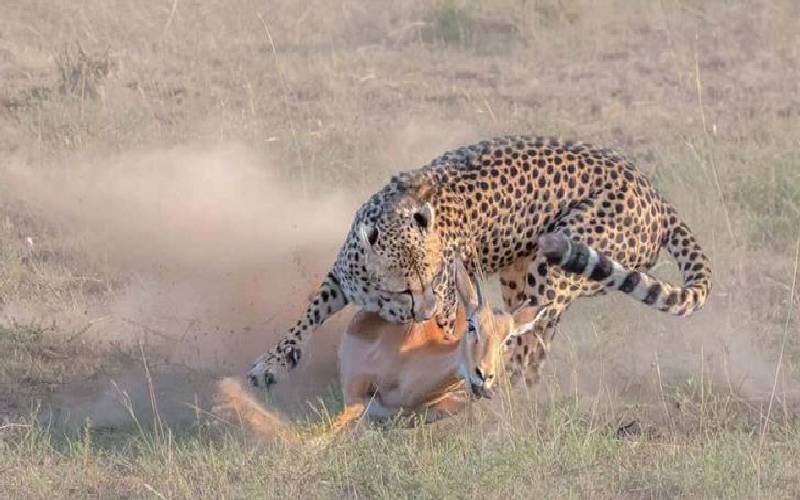 Every day there are fewer places left on Earth for wildlife. Expanding cities and farmland, degrading ecosystems and changing climate are driving wildlife from their natural habitats into ever smaller, fragmented areas.

Habitat loss, whether caused directly or indirectly by humans, is the greatest threat to life on Earth.

We have wiped out 60 per cent of wildlife in the last 40 years and more than one million species are threatened with extinction.

Despite the conservation movement’s efforts to stop the crisis, including investments in public awareness to reduce demand for wildlife and new financial commitments to enable protection of threatened species, not much progress has been achieved.

We need to revisit our current approaches to conservation to focus our attention on the key driver of the loss of healthy wildlife populations—their habitats.

Today, the Intergovernmental Science-Policy Platform on Biodiversity and Ecosystem Services (IPBES) has issued an alarming report on the impact of human activity on nature. Biodiversity is declining globally at rates unprecedented in human history.

Three quarters of the land-based environment alone have been severely altered by human actions. Importantly, these trends are less severe in areas held or managed by indigenous peoples and local communities.

Farming and food production are a major agent for the conversion of natural habitat into agricultural land. A staggering 60 per cent of all mammals on Earth are livestock, mostly cattle and pigs, 36 per cent are human and just 4 per cent are wild animals.

One hundred and fifty years ago this situation was completely different, with terrestrial areas dominated by wild animals and forests.

By drastically and quickly changing how we produce and consume food, we can minimise impacts of the current wildlife crisis. Food production cannot come at the expense of other species and natural spaces. It is a path that will lead to our own demise.

To achieve a balance, we need to transition towards sustainable sources of protein, increase productivity of smallholder agriculture and repurpose harmful agricultural subsides.

A transition towards sustainable sources of protein promises dividends. These sources could be plant-based protein, poultry, pork or sustainable fisheries.

Beef will no doubt remain a protein option, but if we are to save habitats, we need to reduce reliance on it. And with good reason: beef makes up 24 percent of the world’s meat consumption, but requires 30 million square kilometres of land to produce, several magnitudes more land than other sources of protein.

It can be done. Burger King’s partnership with Impossible Foods to produce burgers that resemble the texture and taste of meat but are made from soy protein is one example of a growing trend.

Of the 1.5 billion farmers around the world, 1.2 billion are smallholders. In Africa, current crop yields for smallholder farmers remain several times lower on average compared to other regions.

To make up for the yield gap, smallholder farmers are encroaching onto wildlife land, triggering conflicts and fragmenting habitats. Yet, with current technology, including improved seeds, water use efficiency and agronomy, we can overcome barriers to agricultural productivity for smallholder farmers.

Industrialized agriculture, characterized by large-scale monoculture, heavy use of chemical fertilizers and pesticides, and meat production,masks the true cost of food.

We are incentivising practices that are harmful to natural habitats and the ecosystem services they provide. That must change.

The Secretary of State for Environment of the United Kingdom has indicated that post-Brexit payments to farmers will be linked to environmental goods and services, as opposed to amount of land farmed. If he is successful, this might be a game-changer.

Some might argue that placing constraints on the way we produce food is a luxury that only the more developed countries can afford.

The alternative, however, is to roll the dice and watch more wildlife habitats go—and with them the entire fabric that sustains all life on Earth. The future of wildlife is ultimately linked to our own future.

We have a window of opportunity to change our ways to better protect ecosystems, and a responsibility to do so now. And we need political will to get us there. If our efforts to save songbird species, pangolins, elephants and other wildlife under threat are to be successful, and if we are to save our lot, we need to reject choices that destroy habitats.

Such choices no longer serve our humanity nor the generations to come nor will they help quell rising frustration over government responses to the extinction crisis.

Ms Msuya is the Acting Executive Director of UN Environment and Assistant Secretary-General of the United Nations. She has more than 20 years of experience in international development, strategy, knowledge management and partnerships. Twitter: @JoyceMsuya

At times, pay more attention to form than merely grammar

To keep ones shirt on simply means to stop being angry, excitable or easily upset.