Intelligent machines prepare to take over your treasured job 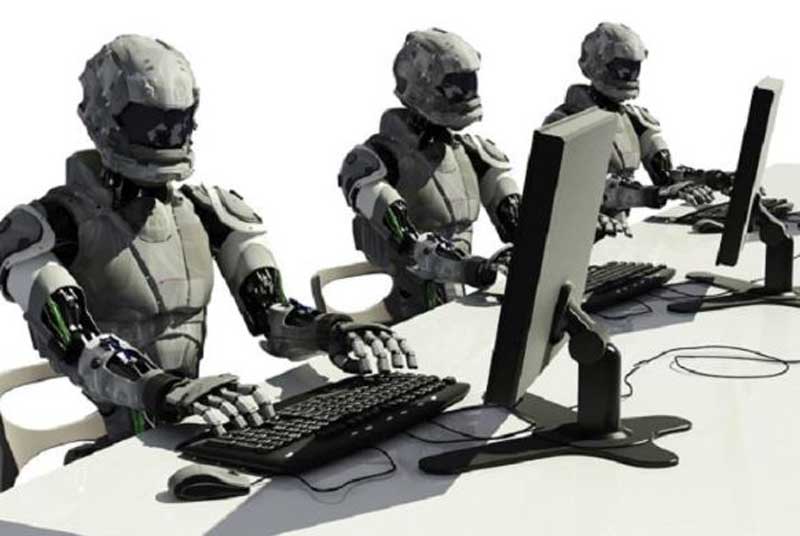 Picture this: You are cruising along Uhuru Highway and all of a sudden, your car comes to a halt exactly two metres from the car in front of you without you having hit the brakes. After 30 minutes on the road, you arrive at the main entrance of your workplace at the exact time the car informed you when the journey started.

You disembark and make your way to your office just in time to see the car park itself as you peer through the window to confirm that it is still in one piece. As you settle in at your desk, you get a prompt that the automated bank reconciliation system has successfully completed its work on 30 different bank accounts — all as you were sleeping at night. You walk into your first meeting well rested and well prepared.

This scenario may sound like one taken straight out of a sci-fi film but it is a reality that will confront us very soon, thanks to the power of artificial intelligence.

Artificial intelligence can be defined as the ability of a machine to perform tasks at a level and precision that mimics or even surpasses the intellectual capability of a human being. Artificial intelligence, when in full motion and widespread, will have implications on the quality of life of humans in two broad and opposing ways. On the positive side, it will boost productivity and create new and improved products and services.

According to a study by PricewaterhouseCoopers (PwC), Sizing the Prize (2017), it is estimated that up to 14 per cent of the global GDP will be attributable to smart automation by 2030, an equivalent of $15 trillion in today’s economy. On the flip side, the landscape of the labour force will drastically change as automation takes over people’s jobs, leading to increased unemployment and redundancies.

According to research by PwC economists that built on another by Frey and Osborne (Oxford University, 2013), automation of jobs in the years leading to the 2030s will occur in three successive waves; algorithm wave, the augmentation wave and the autonomy wave. Each wave will have varying impacts on different occupations, industries and demographics.

The first wave, which is already upon us and is expected to come to maturity in the early 2020s, involves the automation of both regular computational tasks and the analysis of structured data. Its impact will be felt most in occupations and industries that are data-driven such as the financial sector. Augmentation is predicted to mature in the late 2020s and will entail the automation of tasks that can be repeated such as arranging files and upgrades to the algorithm wave such as unstructured data analysis in a partially-controlled environment. By design, the augmentation wave is likely to affect most clerical jobs.

Autonomy could come to maturity in the mid-2030s and could put at risk physical labour such as transport and factory work when machines adapt to performing routine tasks and problem-solving in real-world situations.

Those who question automation’s technological and structural effects on employment also point out that despite automation’s technical feasibility, the actual level of adoption may be lower than projected due to cultural, economic and legal barriers in different regions of the world. From a cultural point, some may refuse to allow a robot to perform even a minor surgery on them.

Effective public policy can help us to avoid a double tragedy where jobs are lost without being replaced and the advantages of automation are not exploited. One of the key drivers of automation risk is task composition and specifically tasks that are manual, routine, computational, managed, social or literal.

Another risk is education and the specific skills, focus areas or training options that will prepare the workforce for automation such as focus on STEM subjects (science, technology, engineering and mathematics). In terms of focus, policy makers should concentrate on the segments with the highest number of people at risk of job automation.

It is important for individual workers to take personal responsibility for acquiring new skills and businesses to invest in on-the-job training. The public sector should also reassess expectations for education curriculums.