NAIROBI: Kiminini legislator Chris Wamalwa, the mover of the motion on ranking, is determined to have ranking not only restored but also given legal force through legislation.

They argued that in the absence of ranking, it was difficult to make sense of the whole process of examining candidates.

However, the abolition of ranking received support from the majority of Kenyans who had all along held that ranking was turning education, an important national process, into some sort of beauty contest to celebrate a small fraction of candidates.

Again if the ministry ranks the best 50 in each county, we end up ranking only 0.44per cent of candidates.

Where are 99 per cent of students in this process of ranking if they are not just spectators? When Fred Matiang’i took over from Prof Kaimenyi, teachers’ unions and private sector players with vested interests in education rushed to congratulate him, hoping to endear themselves to him.

In fact, they reportedly requested him to restore ranking. Little did they know that Dr Matiang’i was to Prof Kaimenyi what Joshua was to Moses.

Dr Matiang’i has not only retained stringent measures put in place by Mr Kaimenyi, he has gone ahead to continue from where his predecessor left off.

Since he took over, the CS has hit the road with impromptu visits to schools that have, in many instances, caught head teachers flat-footed. Universities without requisite facilities and teaching staff are facing imminent closure.

But it is his dismissal of a request by some individuals to reinstate ranking that has dealt a blow to owners of private schools.

I believe it is the same individuals who are now using Parliament to return ranking through legislation.

The reason owners of private schools are keen on having ranking back is that they use it as a free platform to advertise their schools.

Owners of private schools should secure space in local dailies to advertise their sterling performance; we can’t allow them to use a process funded by taxpayers to compare their performance with that of children of the poor who learn under very harsh conditions.

Ranking has no logic; neither does it serve any educational value. The essence of learning is to help students apply what they learn in school to address societal problems.

The knowledge they acquire while at school should be able to serve them when they graduate into the outside world.

Unfortunately, our education system, which encourages rote learning, does not test this ability.

To the contrary, ranking breeds pride in those who perform well and a feeling of despondency in those who rank poorly.

A majority of students who feel betrayed by an unjust education system react by dropping out intellectually, if not physically.

Their poor showing in exams helps convince them and their colleagues who rank higher, that our education system is purely meritocratic and that those who fail have no merit.

Why is Mr Wamalwa eager to claw back the ongoing efforts by the Ministry of Education and Kenya Institute of Curriculum Development to reform our education system and make it accommodative to the majority of Kenyans?

MPs are elected to serve the interests of the public, yet Chris Wamalwa has abandoned his poor constituents who voted for him by pushing a narrow agenda that benefits a few.

Mr Wamalwa should declare his interest in this issue. 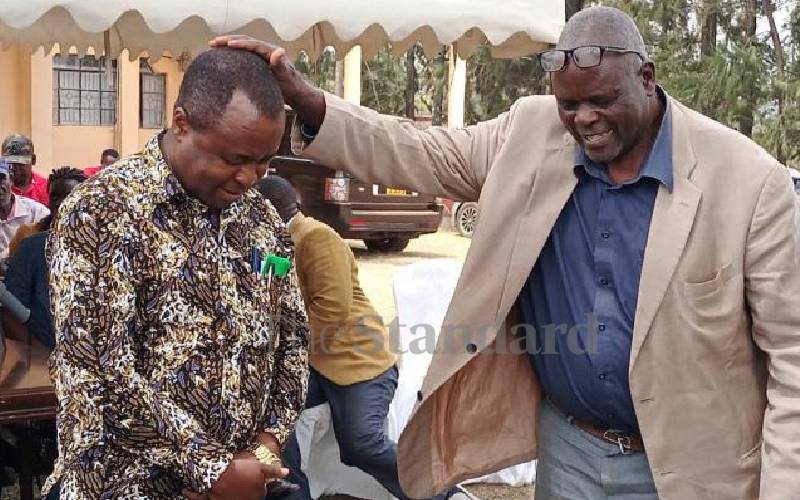 Premium Why Mathare Utd, MYSA remain key pillars in the growth of Kenyan football
MYSA squad of 1992 transitioned through age groups and later morphed into Mathare United.
Football
By Elvince Joshua
5 months ago