A tourist bus on Sunday morning plunged into the Indian Ocean at the Likoni Crossing Channel.

The Pollmans Tours and Safaris bus was travelling from South Coast to Mombasa Island when it plunged into the Ocean at around 9am.

The driver of the bus was attempting to board the ferry when he missed the ramp.

“I tried to stop the bus but it kept on sliding,” the driver said, blaming the incident to the heavy rains pounding the region. 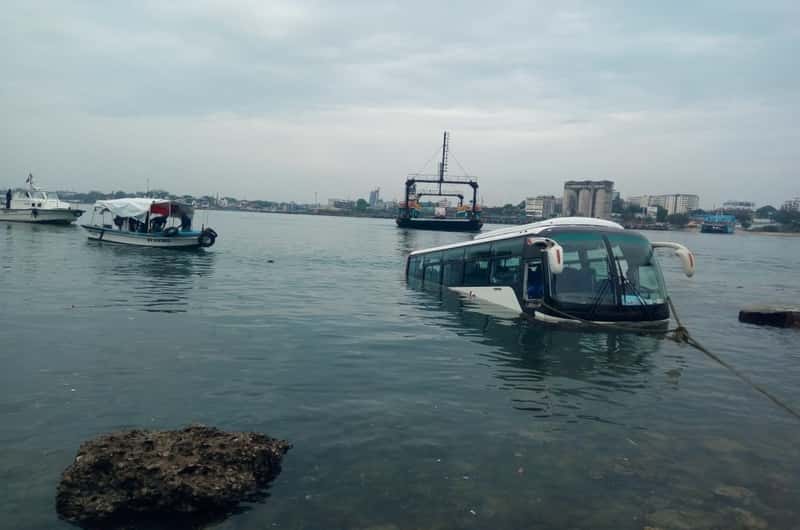 No causality was reported from the incident as the driver and the conductor were rescued.

At the time of the accident, no passenger was onboard as they had already alighted. The tourists had been dropped to Diani on Saturday evening.

The Likoni channel which links the Mombasa Island and the mainland town of Likoni is used by 350,000 passengers and more than 6,000 vehicles daily.

The three died after the car they were traveling in from Kibwezi town was involved in a head-on collision with an oncoming truck.