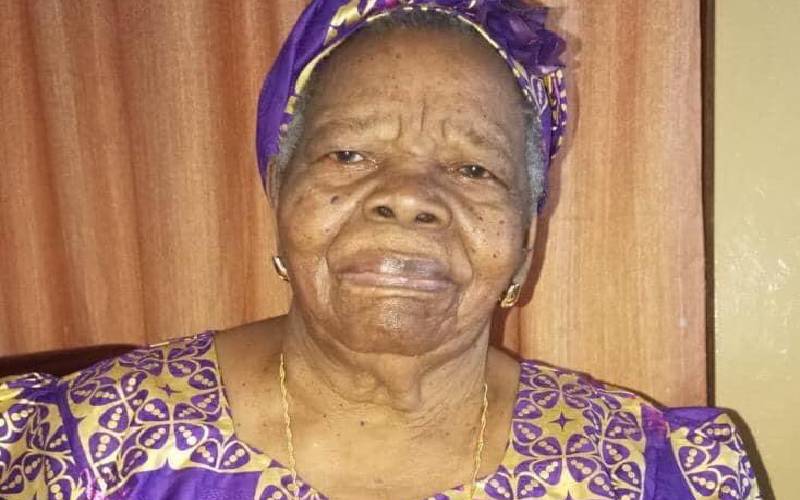 The widow of Kenyan freedom fighter Ronald Ngala, Esther Mwenda (pictured) , is dead.
She passed on yesterday evening aged 90 at a hospital in Mombasa where she had been admitted for a number of days.
Confirming the death, Mombasa Governor Hassan Joho sent condolence message to the family through his Twitter page.
“It is with great sorrow that I have received the news of the passing on of our mother Mama Esther Ngala. Mama Esther was the widow of the late Hon. Mzee Ronald Ngala who was the father of the quest for “Majimbo” in post-independent Kenya.”
Mama Esther, as she was popularly known by the residents, was a pillar in the empowerment of women at the Coast.
Joho went on, "She will be sorely missed by many. I pass my condolences to the entire family led by Hon. Katana Ngala and to the entire coastal family. May her soul rest in peace."
According to sources, Esther will be buried on Saturday at her home in Vishakani, Kaloleni, next to the mausoleum where her husband was buried in 1972.
Esther had 17 children, but lost seven.
She leaves behind 45 grandchildren and 22 great grandchildren.

In March, Mr Gates announced he would be stepping back from the board of Microsoft to focus on philanthropy.