County using app to give out food aid 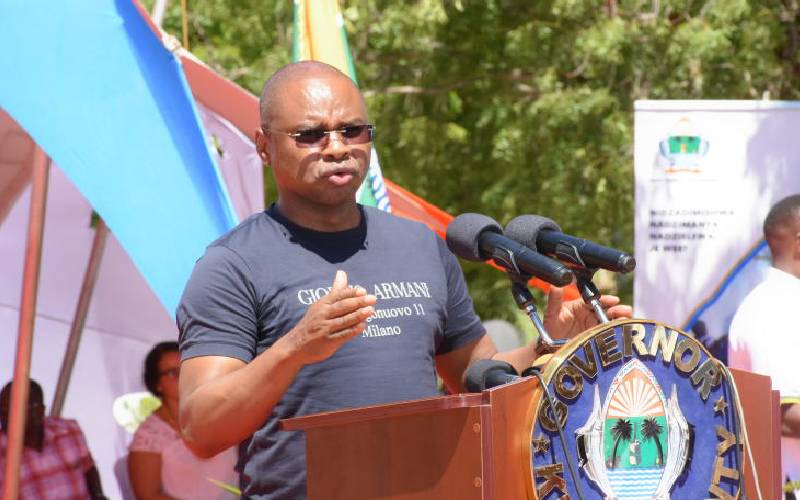 Kilifi County government has adopted technology in the distribution of relief food to more than 50,000 vulnerable families.

Governor Amason Kingi (pictured) said the technology donated by Centum Limited will, among other things, help in contacting the affected families with information on when and where to pick their food pack.

Speaking in Malindi where he received food items donated by four salt manufacturing companies, Mr Kingi said the technology will also help in ensuring social distancing measures are met as people will be collecting their packages at different times.

“It will also be easy to account for who has received their food and who hasn’t as the information is automated. We had challenges before as people were being forced to crowd distribution centres,” he added.

“Beneficiaries will be required to show the text message sent through the system before receiving their donations. Another SMS will be sent back to central command unit to confirm that food has been released to a beneficiary,” he said. The governor warned the residents against flouting rules set by the national government in efforts to curb the virus from spreading.

"Our biggest strategy against the pandemic is to exercise self-discipline and do what we have been told by the government if we are to win this war,” he added. Adan Mohamed, the county’s chief officer for devolution and leading the distribution exercise said they have uploaded beneficiaries data to the system including name, ID and phone numbers to help in identification.

"From the app, we send a message to the beneficiary; once we send that message, a unique code is generated. Everyone must show the code before being given food,” he said.

Nyeri trains medics and lowers levies to save traders from losses

Further, more than 185,000 people had been screened at the six entry points as at Sunday.

By Willis Oketch and Joackim Bwana | 14 hours ago

Man, 92, who's never gone to church or a funeral gets baptized
Feedback