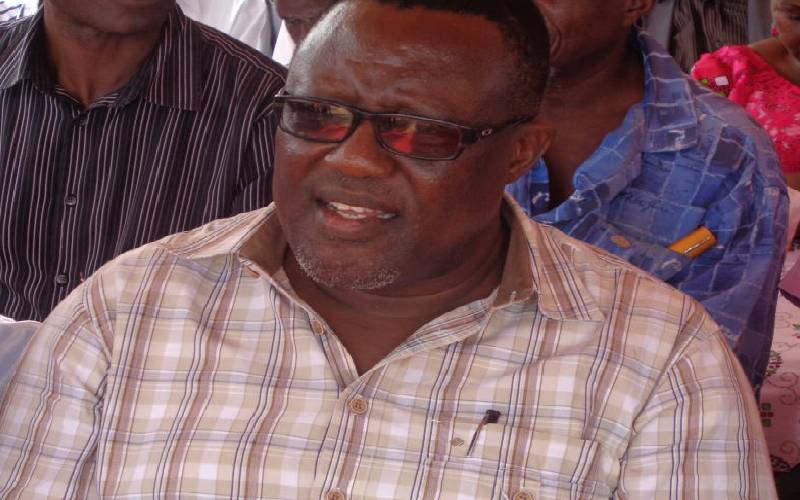 Two senior police officers said to have come into contact with Kilifi Deputy Governor Gideon Saburi (pictured), who tested positive for coronavirus, have been isolated.

The two, an OCS and a base commander, are said to have met Saburi at a mall in Mtwapa for about two hours on Friday.

They met about two weeks after Saburi returned from Berlin, Germany, on March 5.

Yesterday, anxiety gripped the county after reports that 13 junior police officers had also come into contact with the deputy governor. A source said the 13 are from the same police station.

"They have been identified and are required to self-quarantine," said the official who did not wish to be named.

Kilifi Governor Amason Kingi is also said to have gone into self-quarantine despite testing negative for coronavirus. The governor had chaired a cabinet meeting that Saburi attended. The executives who attended the meeting later held meetings with officials in their departments.

It is still not clear why Saburi met the two senior officers who are under self-quarantine, with reports that one of them had complained of having breathing difficulties.

"It is true the two officers came into contact with the deputy governor. There are in self-quarantine as we wait further tests," said a senior police officer in Mtwapa.

Saburi was put in isolation after testing positive for the virus.

Health CS Mutahi Kagwe said the deputy governor will be charged as per the provisions of the Public Heath Act, for failing to adhere to a directive to self-quarantine after returning from Germany, which has recorded a high number of coronavirus case.

He attended funerals, weddings and cabinet meetings. He is is also said to have met several residents before he was forced into quarantine following a public outcry.

Meanwhile, the county government has banned transport by boda bodas as a measure to combat the spread of the virus.

On the other hand, tuk tuks are only allowed to carry one passenger at a time.

"Coronavirus is finally here. Other than the one case that has been confirmed, we don't know who else is infected. This calls for more stringent measures and discipline to effectively combat the spread of this virus to save our lives.

"We can all stop the spread of the virus and save our county if we do things right," said Kingi.

Kenya’s donation follows a pledge made by the billionaire that each of the 54 countries in Africa will receive the kits.