Vehicle that plunged into Indian Ocean at dawn retrieved 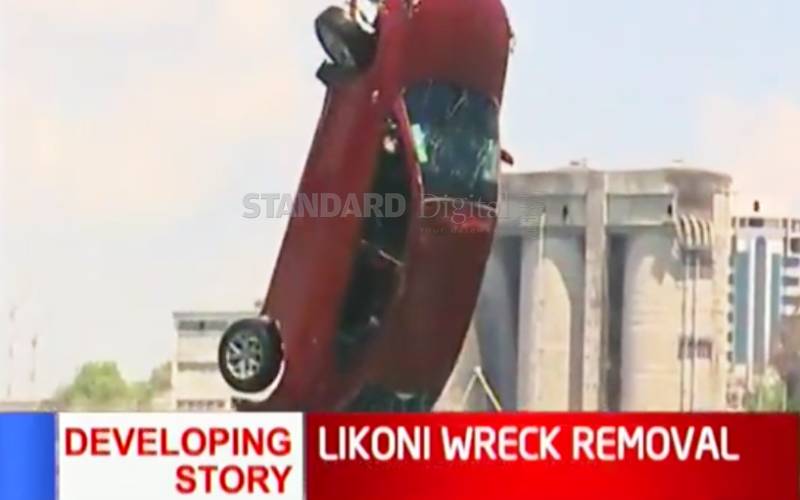 The vehicle that plunged into the Indian Ocean at dawn on Saturday has been retrieved.

John Mutinda, 46, is said to have sped off and dived into the Likoni Channel, ignoring calls by other passengers as well as ferry officials to slow down.

The body was retrieved earlier and taken to Coast General Hospital morgue.

There are reports that he got into a fight with his wife, but the family has not issued a statement to that effect.

Mutinda, a father of two, stormed out of his house at 4.20am.

It is still unclear why Mutinda would drive off the ramp in what looks like suicide.

The KFS statement on Mutinda's death said, “A motorist driving a saloon car whose registration number plate has not yet been established right away after purchasing ticket drove off to the ramps with high speed to the ocean."

The incident brings memories of the recent Likoni Ferry tragedy where Mariam Kighenda and her daughter Amanda Mutheu drowned on September 29.

It took rescuers 13 days to retrieve the wreckage of their car from the seabed.

Mutinda's incident was different as the car had only plunged 6m into the ocean, according to the Kenya Ferry Services.

It took the Kenya Navy personnel four hours to retrieve the vehicle.

He left behind a widow and twins.

BREAKING NEWS: Another car plunges into Indian Ocean, occupants yet to be known