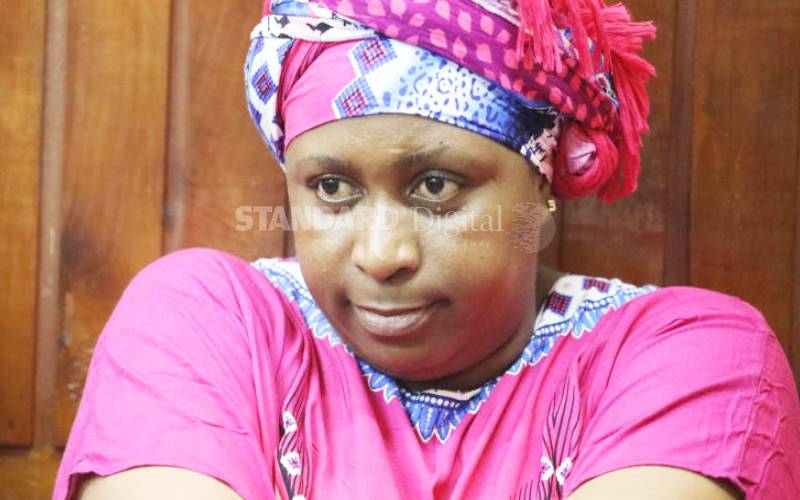 Malindi MP Aisha Jumwa (pictured) and her aide Geoffrey Okuto now claim it is the police who shot the uncle of MCA-elect Reuben Katana. The two were arrested and detained in Mombasa for over 24 hours following Ngumbao Jola's killing last Wednesday. A pistol and 11 bullets were recovered from Okuto who was found in Jumwa's house, according to police records in court. The weapon has been submitted for forensic analysis.

The police claim the violence erupted when rival supporters clashed in Katana's home after the MP stormed it, to allegedly stop an ODM campaign rally. Shots were fired and within minutes Jola lay dead in a pool of blood. Jumwa said the violence erupted after she left the home. Yesterday, the two suspects told detectives during interrogation at the Malindi Airport Police Station that they were being unfairly linked to Jola's killing. On Thursday, a Mombasa magistrate freed Jumwa and Okuto on cash bail and ordered them to report to the police station for questioning. Malindi Sub-County Director of Criminal Investigations Anthony Sunguti said Jumwa and her aide were grilled for approximately two hours.