Thousands of locals have arrived at the refurbished Mama Ngina Waterfront grounds in Mombasa for the celebrations of Mashujaa Day.

The celebration led by President Uhuru Kenyatta was graced by various government officials.

Over 200 heroes and heroines from across the country are also present including World’s greatest marathoner Eliud Kipchoge.

The event opened with songs and dances with performances of antique heroic songs such as “Kenya nchi yetu tunaipenda”.

The performance Ngoma ya Uruasi by a group drawn from Taveta Community came after a short speech by radio veteran journalist Leonard Mambo Mbotela.

The celebrations officially kicked off around 11:30 am upon president’s arrival at Mama Ngina Waterfront grounds. 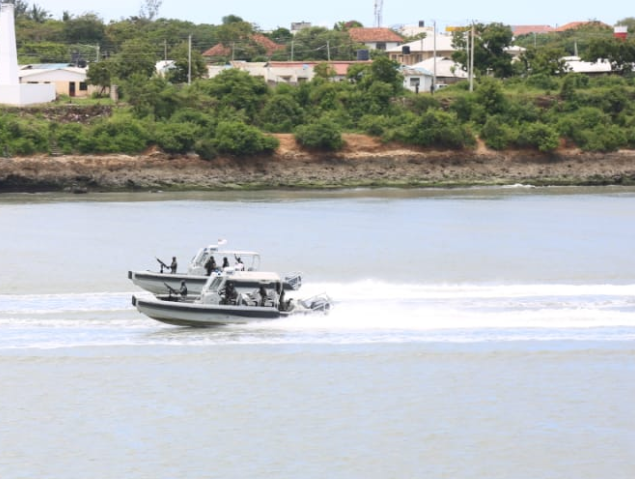 In another break from tradition, the military match at national celebrations involved naval vessels and marine maneuvers through the Likoni Channel, besides the usual infantry and air force displays.

City streets were decorated with national flags and mementos.

Projections indicate today’s celebrations will last no more than two hours to beat the heat and humidity that peak towards the afternoon as well as rains that have been pounding Mombasa for days.

President Uhuru is expected to address national and foreign policy issues on the economy, foreign relations even as he highlights his administration’s achievements.

He is also expected to touch on sticky issues surrounding youth unemployment, performance of the economy, national cohesion and local grievances around the Likoni ferry services, Standard Gauge Railway (SGR) and Lamu Port.

Uhuru arrived in Mombasa on Thursday while Opposition leader Raila Odinga arrived on Friday. Security has been heightened in Mombasa, with the Kenya Navy joining the police for security operations especially in areas adjacent to the venue. The National Youth Service (NYS) has also been involved in the preparations. Mama Ngina Waterfront renovation cost some Sh460 million.

By Tobias Chanji | 23 hours ago

By Protus Onyango | 2 days ago