Mombasa, Kenya: Kenya Navy and South African divers have finally retrieved the vehicle that plunged into the Indian Ocean 13 days ago at the Likoni Channel.

The remains of Mariam Kighenda and her four-year-old daughter Amanda Mutheu were also found in the vehicle.

The first breakthrough was made on Wednesday when Government spokesperson Cyrus Oguna announced that the vehicle that slipped off the ferry at the Likoni Channel on September 29, 2019, might have been spotted.

After the location of the vehicle was identified, Oguna announced that the Navy would retrieve the corpses and the car within hours. However, the exercise was postponed to Friday. 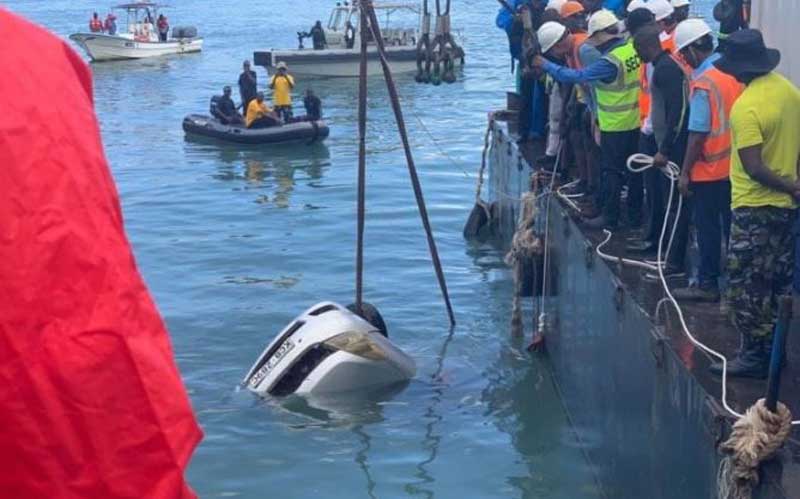 Families search for kin taken away by armed men

On Thursday, divers also encountered difficulty while attaching the car to a cord that was on the pulleys.

Sources informed the Standard that the first attempt to pull out the car was successful but the cord snapped when the crane began to pull it upwards.

Likoni car finally pulled out of the water

The car that plunged into the Likoni Channel on September 29, 2019, has been pulled out