How female terror suspect "vanished" from Mombasa court and reappeared

Police and defence lawyers have given conflicting accounts of what led to the disappearance and reappearance of a terror suspect yesterday.

Anti-Terrorist Police Unit (ATPU) officers claimed Halima Adan Ali, who has been out on bond, was not in court when the magistrate ruled that she and two others had a case to answer beginning today.

They said a veiled woman, whom they suspected was Ms Ali's relative, impersonated her at the Mombasa Law Courts.

ATPU officers from Nairobi swarmed the court precincts to arrest the woman, her co-accused - Maryam Said Aboud and Ummul Khayr Sadir Abdalla - and other women accompanying them.

Ali's lawyer Chacha Mwita claimed his client was not among those arrested as she had left before the officers pounced.

“The ATPU police came and arrested two of my clients and their mothers and bundled them into the Land Cruiser in unclear circumstances,” he said.

Mr Mwita dismissed claims that that someone had impersonated Ali.

“Halima was in court and left as soon as the court had ruled they had a case to answer tomorrow. It is unclear why police say she was not in court, yet she was there,” he said.

The women were detained at the county police headquarters and a cellphone from one of them seized.

Mwita went back to the court to give his version of the events and said he was willing to hand Ali to the ATPU.

But police insisted that an impersonator attended court. State Counsel Sarah Ogweno told Chief Magistrate Evans Makori that she was summoned by ATPU to record a statement. “I said I could not confirm (if the suspect was in court) because they were all in veils,” she said referring to the three suspects.

Last evening Ali was detained at the county police headquarters after she turned herself in. She was accompanied by her lawyer. The other women were freed.

Ali’s alleged impersonator was freed on a police bond and her cellphone confiscated.

Ali, Aboud and Abdalla face 19 counts of terrorism, including conspiracy to join Al Shabaab and the Islamic State in Iraq and Syria.

A fourth suspect, Khadija Abdulkadir Abubakar, died of complications arising from chronic ulcers while out on bond.

Abdalla, who is from Zanzibar, was studying medicine in Sudan when she was arrested in El Wak in November 2014, apparently trying to enter Somalia together with Aboud and Abubakar.

Ali was arrested near Machakos while travelling to Mombasa. Police claimed she was the ringleader of an alleged terrorist squad of women.

On June 8 she was arrested in Garissa and brought to Nairobi by ATPU, a suspect in a separate terrorism case. She was freed after four days.

During the case, the women usually sit in the dock, their faces covered with veils. This seems to have triggered the controversy whether Ali has been attending court.

Companies in the general insurance business face tough times ahead as competition increases for a diminishing market. 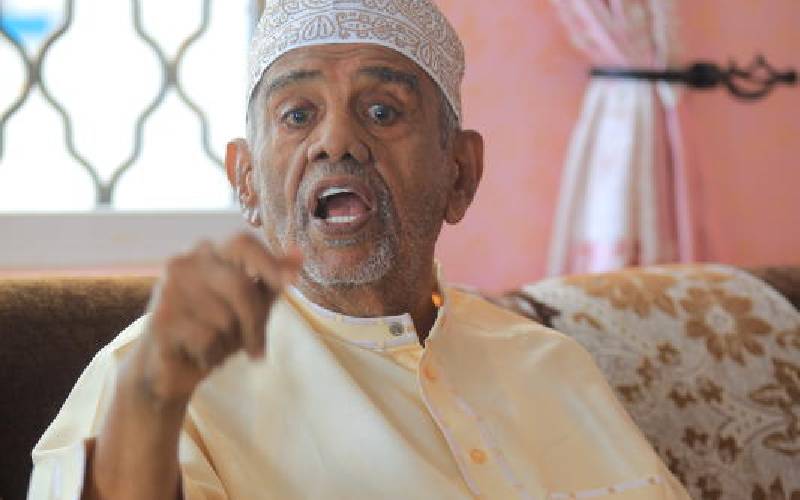