By ISHAQ JUMBE and PATRICK BEJA | 9yrs ago

By ISHAQ JUMBE and PATRICK BEJA

It has also emerged that police failed to intervene in the incident, fearing that entering the mosque would have angered both the moderate and radicalised Muslims.

Now another threat on Liwatoni Mosque at the coastal town has alarmed local leaders that radical preachers could be keen to spread their fiery preaching that authorities fear will radicalise youths.

Following the threats, a secret meeting of all Imams and other Muslim leaders in Mombasa was convened in the coastal city to discuss the radicalisation threat and its masterminds.

According to reliable reports, the meeting has been going on since Saturday and is expected to come up with a strategy to dislodge the estimated 20 youths behind the takeovers and their leader, a known radical Islamist in Mombasa.

Former MP and Secretary General of the Council of Imams and Preachers of Kenya (CIPK), Sheikh Mohammed Dor, confirmed the meeting and disclosed its agenda as “the raids on mosques by the youth,” but said details would be issued later.

“Political and religious leaders should take responsibility and hold talks with the youth who have defied the Imams,” Omar said, adding that it appears there is a big disconnect between the clerics and congregation.

The Senator opposed the involvement of police in dealing with the problem.

“It is clear there are fundamental and core issues that the youth should be allowed to bring out so that harmony is restored in the mosques,” Omar said.

Several clerics have gone into hiding fearing reprisals from radical Islamists and are accusing police of failing to intervene in what they consider a growing trend of takeover of mosques in areas like Majengo and Kisauni.

Security sources told The Standard that the takeovers target all mosques in Mombasa and are orchestrated by radicalised adherents of Wahhabi doctrines and supporters of radicals who were thrown out of Musa Mosque in Majengo.

They are reportedly sympathisers of slain radical Islamist Sheikh Aboud Rogo who were ejected following the banning of sermons by the mosques’ committee in October.

The sources also blamed returnees from Somalia for the chaos.

But Sheikh Mohamed Idris, the Imam of Sakina, who was ousted by the radicals, told The Standard that the radicals “seem to have a wider agenda of disrupting normal prayers by taking over the mosques.”

Moderate Muslims blame the police for failing to arrest the trend and prevent violence. But Mombasa County police commander Robert Kitur said they would investigate and monitor the situation to ensure it does not escalate to other mosques, especially on Fridays. Interestingly, he said police are yet to receive formal complaints from Imams about what happened at Sakina mosque last Friday.

“We were outside the mosque and we could not see any chaos. We could not enter the mosque because this would have violated the freedom of worship,” he said referring to Friday’s incident at Sakina mosque.

But Council of Imams and Preachers of Kenya (CIPK) chairman Sheikh Mohamed Idris expressed concern yesterday that despite their presence at the scene, police officers did nothing as a group of radical youth caused chaos at Sakina mosque where he preaches and conducted their radical prayers.

He said his personal aide, Omar Miraj, and CIPK national organising secretary, Sheikh Mohamed Khalifa, had to be shielded by moderate youths at the mosque to avoid being harmed.

“The radical youths took over the mosque and conducted prayers in the manner they wanted. This is a trend that is alarming and we want police to restore order,” Idris said.

He explained this was the second time the radical youths had taken over the mosque as they had stormed Sakina on Wednesday last week but they were peaceful and orderly.

The radical Islamists had earlier taken over Omar bin Khatad in Kisauni and conducted prayers in manner that moderate Muslims opposed, according Sheikh Idris.

“This group has vowed to take over Liwatoni mosque in a similar worrying fashion,” Idris said.

The Liwatoni Mosque Imam and CIPK national treasurer, Sheikh Hassan Omar declined to talk about the impending raid, saying he would deal with the matter once it happened.

“Those people have not come to my mosque yet and I will deal with it once I face it,’” Omar said.

Reports indicate that a planned takeover of Liwatoni Mosque on Friday failed for unknown reasons.

Sheikh Idris said most Muslims are not prepared for chaos and if the youth continued with the trend, they would leave them with the mosques.

“We want law and order to be maintained in the mosques because we are not prepared for such kind of chaos,” Idris said.

Last Friday, drama ensued when Sheikh Khalifa sought to conduct his traditional pre-sermon lecture as youth who are alleged to be from the nearby Musa Mosque warned him that they are not going to tolerate politics in their mosque.

“These people have turned our pulpit to further political rather than religious agenda and we have had enough,” lamented a youth.

No sooner had Sheikh Khalifa started preaching than chants of ‘Takbir’ rent the air and he was booed and unceremoniously thrown out of the mosque along with the designate Imam Sheikh Idris.

The youth behind the hostile takeover appointed one of them who delivered the sermon and led the Friday prayers.

They claimed the Imams had betrayed them and were hypocrites and self-seekers. 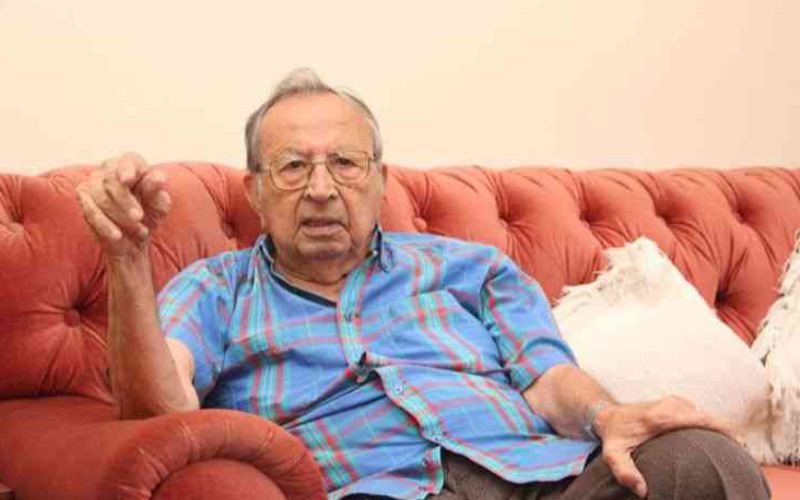 Surgeon's Diary author Yusuf Dawood planned for his death when he turned 90
National
By Winfrey Owino
19 mins ago
Uganda carries out polio vaccination in areas affected by previous Ebola outbreak
Africa
By Xinhua
1 hr ago
Why invite IEBC officials to your house? Ruto responds to Raila bribery allegations
Politics
By Winfrey Owino
1 hr ago
Premium Ruto accuses Raila of pushing selfish agenda to benefit just a few
Politics
By Kennedy Gachuhi
1 hr ago
.