By Jane Mugambi and Timothy Kariuki | 4mos ago 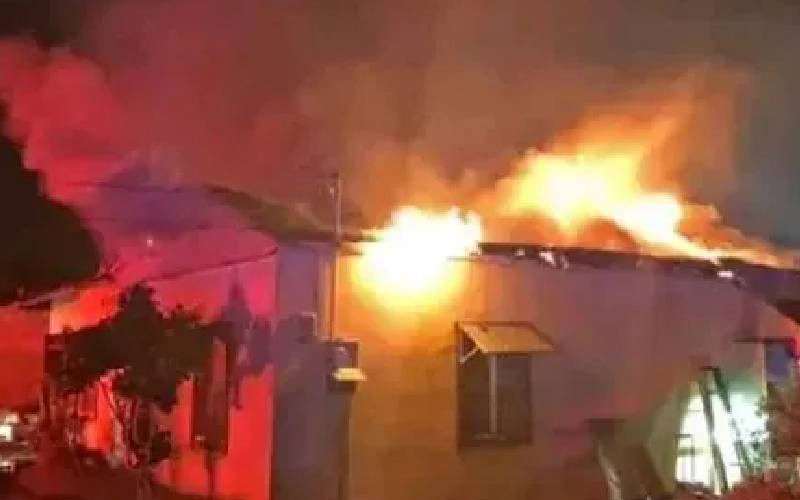 Mwea West sub-county police boss Wilson Koskei said the information they have so far indicates that unknown people raided the home of the first-time MCA and attempted to burn it down.

A shocked Njiru said he raised alarm after noticing a fire in the cow shed during Wednesday night's incident.

Officers from Kangai Police post, who arrived at the home moments later, recovered a bottle of petrol near the cow shed.

"I do not know who the attackers are and why they targeted my home. I hope the police will find out who may want me dead and take action against them,” said Njiru.

The MCA was later joined at his home by his supporters and they kept vigil until morning. The supporters said they will continue spending their nights at the MCA's home to provide him with security.

"The police manning Kangai Police post should be provided with a patrol car so they can easily to respond to such emergencies," Njiru said.

Koskei has said the police have launched investigations after visiting the scene and collecting the suspected diesel bottle.

Meanwhile, two children who had reportedly been abducted from Ngurubani town on Sunday have been found safe even as detectives in Kirinyaga look for the suspected kidnapper.

The incident was reported at Wang'uru Police Station by the parents of the children.

"The two children were found last night after a three-day search. Although still in shock, the children said they were being held by the male suspect in his rented house," said Kitavi.

The children were taken to Kimbimbi sub-county hospital for medical check-up.

By Nzau Musau 45 mins ago
Premium Chebukati: This is my story

By Mercy Adhiambo 45 mins ago
Premium Inscrutable by choice, Magoha was generous and laughed a lot

By Patrick Muinde 50 mins ago
Premium Ethiopia, Angola zooming past Kenya: Time to wake up and smell the coffee
.