A man attempted to attack Deputy President William Ruto as he was leaving an event at Rurii Stadium, in Mathioya, Murang'a County.

The man who walked towards DP Ruto as he was heading to his vehicle confronted him and lifted his hand in apparent attempt to attack but was stopped by the DP’s security and pinned to the ground.

The DP took a step back as the man approached him menacingly. The threat neutralised, Ruto smiled with a gesture as tom indicated okay.

After that Ruto proceeded to hold other meetings in Othaya Town.

Commenting on the incident, Office of the Deputy President Communications Secretary David  Mugonyi denied there was an attempt to attack Dr Ruto.

He told The Standard that the Deputy President had earlier on been presented with chicken by an elderly woman and the man was following suit with a gift of tea leaves but was stopped by the bodyguards who did not know what he was up to and was later released. 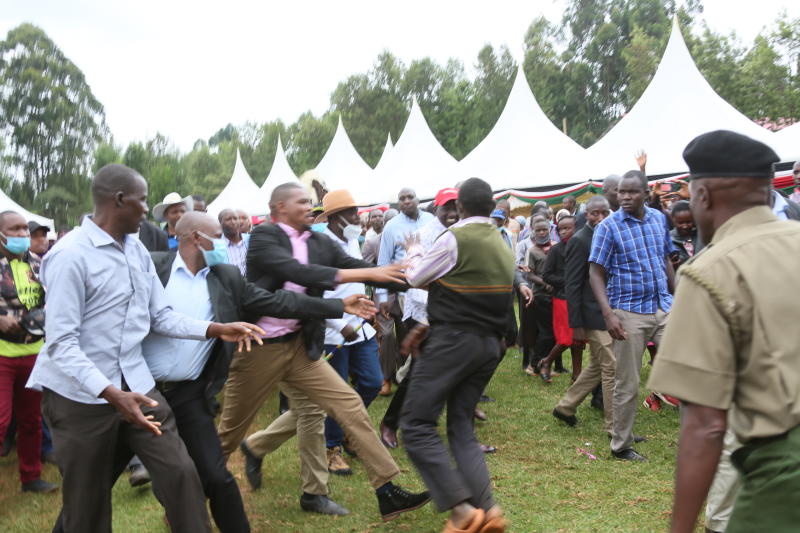 By Gerald Mutethia | 4 hours ago

By Ndungu Gachane | 21 hours ago