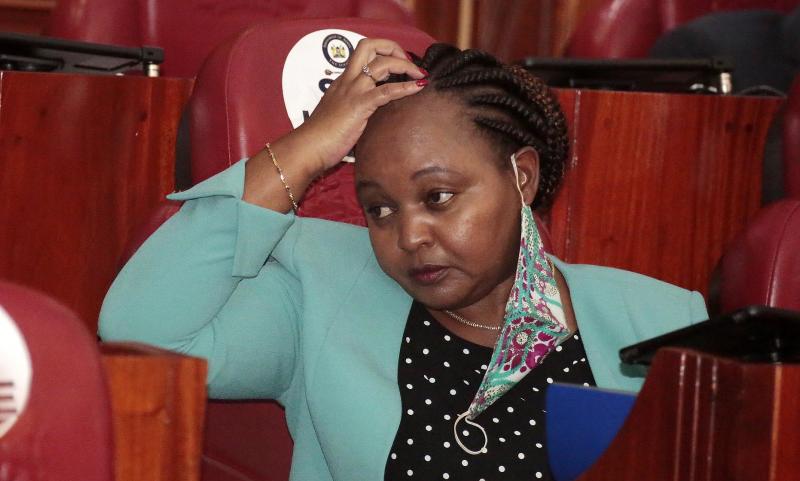 The gridlock pitting Kirinyaga Governor Anne Waiguru (pictured) and the members of the county assembly is now getting messier with the county lawmakers determined to eject Waiguru from the helm of the devolved unit.

The MCAs are now employing a new tactic, which if successful will see every elected leader in the county government lose their position and have the county dissolved.

They are seeking to petition President Uhuru Kenyatta to suspend the county government through the collection of signatures.

“Since we failed to get justice from the Senate, we have now opted to all be thrown out and seek a fresh mandate from the electorates,” Murango said.

His statements were reiterated by Mutira Ward MCA Kinyua Wangui, the sponsor of the motion that saw a vote of no confidence in Waiguru in June.

The stalemate is also drawing other quarters with a glaring crack in the professional relationship between Governor Waiguru and her deputy Peter Ndambiri. The bad relationship is ostensibly on suspicion that Ndambiri could have been the man behind Waiguru’s woes since he would have ascended to power had the governor been toppled.

The two have not met eye to eye since the impeachment with Ndambiri’s statement at a funeral calling for accountability of public resources further widening the rift between the two.

The law provides for the suspension of a county government by the President. Article 192 of the Constitution of Kenya bequeaths the president the role of dissolving a county either when there is an emergency arising out of conflict or when in any other exceptional circumstance which is the case with Kirinyaga.

Further provisions are in part eight of the county governments act.

If the MCAs will collect the requisite number of signatures, the President may appoint an independent commission to investigate the allegations. The President will then have to be satisfied with the justification of the allegations and the Senate will have to authorize the suspension.

Fresh elections must be held in the county 90 days upon the suspension of the previous government.

By George Njunge | 7 days ago

By Fidelis Kabunyi | 8 days ago