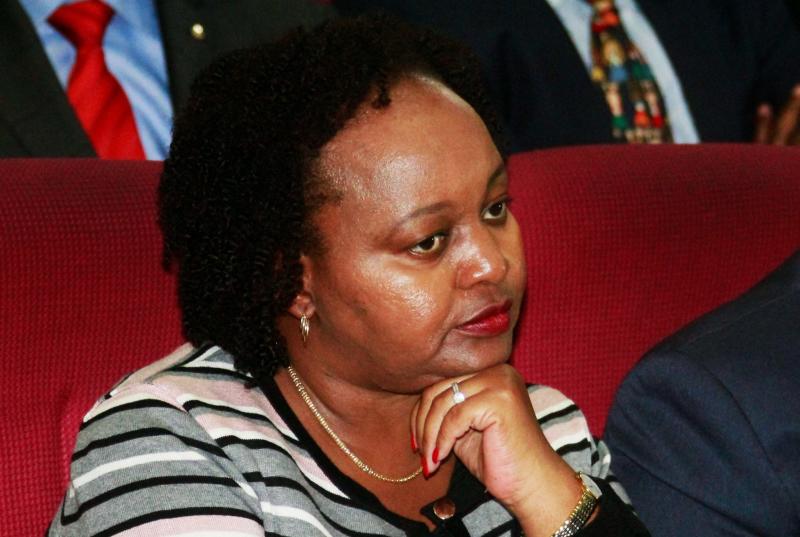 The High Court has thrown out a case seeking to nullify the impeachment of Kirinyaga Governor Anne Waiguru (pictured).

Justice Weldon Korir ruled on Thursday that Kirinyaga Members of County Assembly did not violate court orders when they moved forward with the motion.

The besieged governor moved to court on Wednesday to stop the impeachment process against her arguing that the MCAs had acted in contempt of court orders in voting to remove her from office.

Through her lawyer Waweru Gatonye, Waiguru wanted the court to declare her impeachment null and void pending the determination of the case.

“We are asking the court to stop any other body from discussing, seizing, deliberating or acting upon the impeachment motion and to suspend the resolution reached by the Kirinyaga County Assembly pending determination of this case,” said Gatonye.

Justice Korir on April 7 stopped the County Assembly from debating the motion to impeach Waiguru until July 2 when the case was to be heard.

The judge ruled that in the wake of the coronavirus pandemic, it was not possible to accord the governor a fair hearing and that there will be no meaningful public participation since an impeachment motion requires the assembly to collect public views.

Despite the order being in force, the ward representatives passed the impeachment motion and the report was handed over to Senate Speaker Kenneth Lusaka who said the matter will be deliberated by senators.

Waiguru was impeached on Tuesday over claims of abuse of office and violating the Constitution.