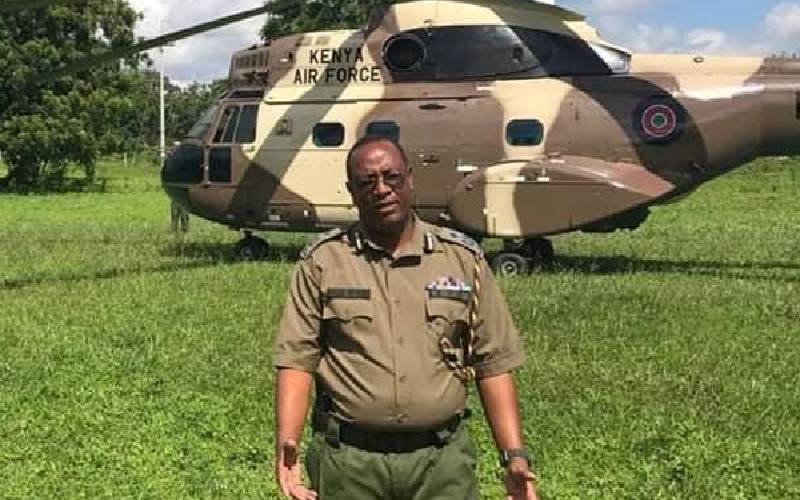 A former presidential guard, Wachira Mathenge (pictured), has died.
Mathenge died on Friday night after collapsing at his home in Chaka, Nyeri County.
According to police reports the officer is suspected to have had a heart attack.
At the time of his death, Mathenge was serving as the commissioner of police in charge of staffing and logistics in Eastern Region based at Embu headquarters.
He left State House in 2016.
The matter was reported at Narumoru police station by his wife Jane Wanja.
"He was rushed to Outspan Hospital in Nyeri town where he was pronounced dead on arrival," said the officer.
The cause of death has not been established but he's suspected to have had a heart attack since he had not complained of any illness before collapsing.
Nyeri Governor Mutahi Kahiga eulogised the presidential escort as a friend who was full of life.
"My village mate, school mate and a friend. So full of life one day, gone the next! I saw you rise through the ranks through the Kenya Railways Police, The Presidential Escort to Marsabit later to Embu as CCP," said Kahiga.
Before his demise Mathenge was on leave and was due to retire starting July 1.
The body was taken to Outspan Hospital mortuary awaiting postmortem.
Share this story

Which Way BBI? MCA Julia Wanjiku on the BBI bill and public participation in Nyeri County

By Wainaina Ndung’u | 4 days ago