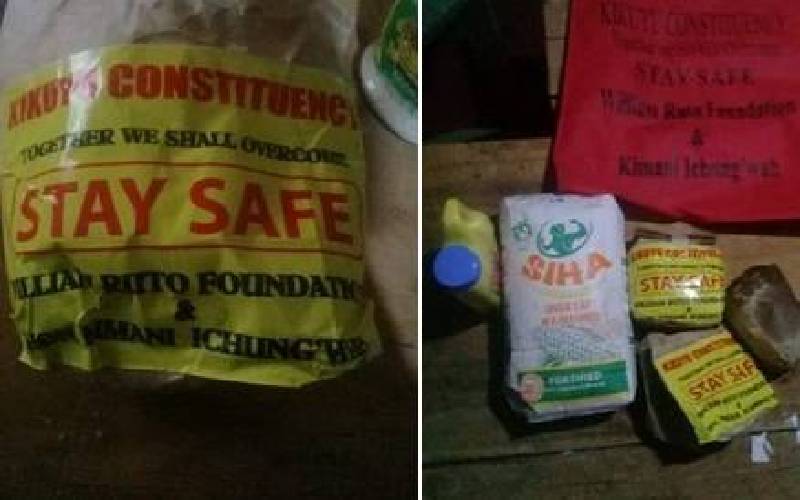 Police have established the ownership of a vehicle whose occupants allegedly distributed toxic food to residents of Kikuyu Constituency in Kiambu County.

Detectives are now looking for the driver of the vehicle, and have also collected samples of the food and sent them for testing at the government chemist.

“After the report comes out we will know the way forward. We are taking all measures to ensure the case is professionally handled,” said Kiambu head of Directorate of Criminal Investigations Jeremiah Ikiao.

At least six more people had by last night recorded statements at the Kikuyu police division in Kiambu County on the matter, while others reported to Gikambura police post.

Agony of mother and son who ate toxic seed maize

Agony of mother and son who ate toxic seed maize

Another team has been tasked to establish if toxic food was distributed in Dagoretti, Nairobi.

At least 20 beneficiaries of the food aid complained of stomach ache and burning sensation in the throat and tongue and sought treatment at health facilities within the county.

Yesterday, security teams were asked to be vigilant on food distribution in informal settlements to ensure safety for the vulnerable. This followed a directive that such foods be distributed through local and national administration.

The Interior ministry had asked those willing to donate to do so through the Kenya Covid-19 Emergency Response Fund in Nairobi, and offices of governors and County commissioners.

The decision was made after breach of social distancing guidelines that led to chaotic scenes as food was distributed.

Yesterday police said results of the tests to establish the toxic contents in the food stuff should be expected today.

An official from the department told The Standard the patients admitted to various hospitals after consuming the donated food items had been treated and discharged.

Five days ago, Dr Ruto, accompanied by the area MP, were in Kikuyu to distribute food in red bags that were branded ‘William Ruto Foundation’ and ‘Kimani Ichungwah.’

The William Ruto Foundation distanced itself from the toxic food.

The clerics, led by Pastor Robert Mbugua of PCEA church, asked police to investigate the matter and arrest the culprits.

By George Njunge | 6 days ago

By Fidelis Kabunyi | 9 days ago