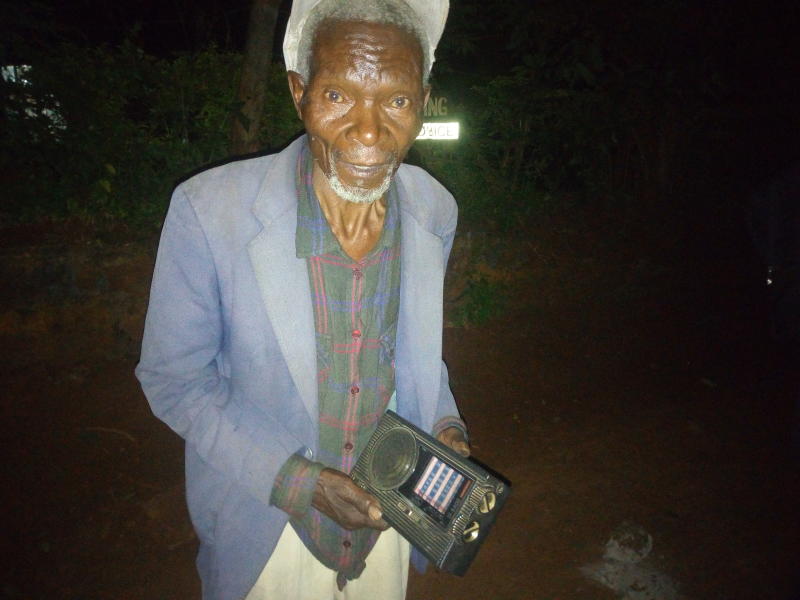 Twenty six years ago, Edward Mwangi (pictured) walked out of his home in Gikandu village in Murang’a after picking a quarrel with his wife.

His first stop was in Nairobi where he worked for three years before a woman who owned the property where he acquired a house to live in, offered him a job in her farm in Gitangwanyi village in Nakuru.

“We were not in talking terms for a long time with my wife, so I opted to walk out and go look for a job like other men,” said Mwangi.

At Gitangwanyi where he lived before reuniting with his family, his friends got concerned over his advanced age and resolved to trace his home in Murang’a where he had fond memories of.

Waweru Kamau, one of his friends mobilised the rest of the people in his circles and raised money to facilitate his journey back home.

On Thursday at 6pm, Mwangi in the company of Waweru arrived in Murang’a town, their first stop being Murang’a police station. The only person Mwangi could recall was an old friend and a neighbour - David Kirika whom he said operated a small business in Murang’a town.

They went looking for him but unfortunately he had moved to a different location. They didn’t give up. They left for Gikandu village where by good luck they found Kirika who helped Mwangi reunite with his family.

He only carried with him a small radio which gave him company most of the time.

“Mwangi walked out of his home without a word never to return. His family has agonised for years as efforts to find his whereabouts were fruitless. He came back home to grandchildren who have been looking for their grandfather for ages,” said Kirika.

Waweru said although Mwangi never missed a chance to talk about his home in Murang’a, he couldn’t quite remember where his home was. “He must have been close with Kirika as he talked about him most of the time. When Kirika saw him, he was in shock and couldn’t believe his missing friend had finally found his way home,” said Waweru.