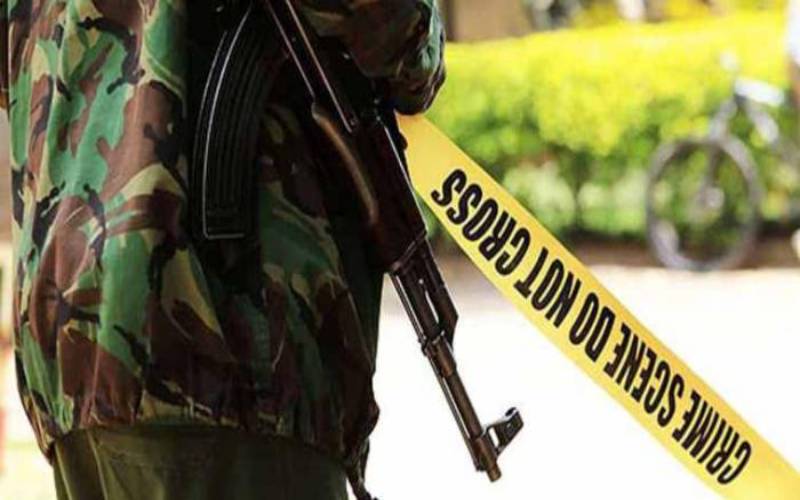 A police constable based in Meru who was videotaped drunk as a skunk in uniform during working hours will face disciplinary action.

Meru Sub County Police Commander Robinson Mboloi said the proceedings have been instituted against the officer based at Giaki Police Station near Meru town even as he undergoes counseling.

“He had been allocated court orderly duties but was found drunk and disorderly on the opposite end of town and this cannot be condoned,” Mboloi said.

Although Mboloi said that it was an isolated case that involved the constable identified by colleagues as James Muthaura, some residents of Meru town familiar with the officer said he was always drunk during the day while in full uniform near the Meru Bus Park.

“He is usually on bank guard duties in a nearby sacco that has banking facilities and he is always drunk. By the time the officers are going home, he will have exhausted his daily allowance and at times incurred a debt,” said one of the women teasing the officer in the video.

Seated down on the pavement unable to stand up he is seen being teased by residents until an armed colleague arrives to rescue him from the humiliating ordeal.

As a court orderly he was not armed on Tuesday when the video was taken but those who operate near the sacco said on some days it was scary when he got high like a kite while fully armed with a G3 rifle.

According to his boss – the Imenti North Sub County Police Commander, if the officer was having personal problems, he would have asked for off duty.

“He has not done so and all we know is that he was found drunk while on duty and in uniform and thus we have commenced a disciplinary process,” said Mboloi.