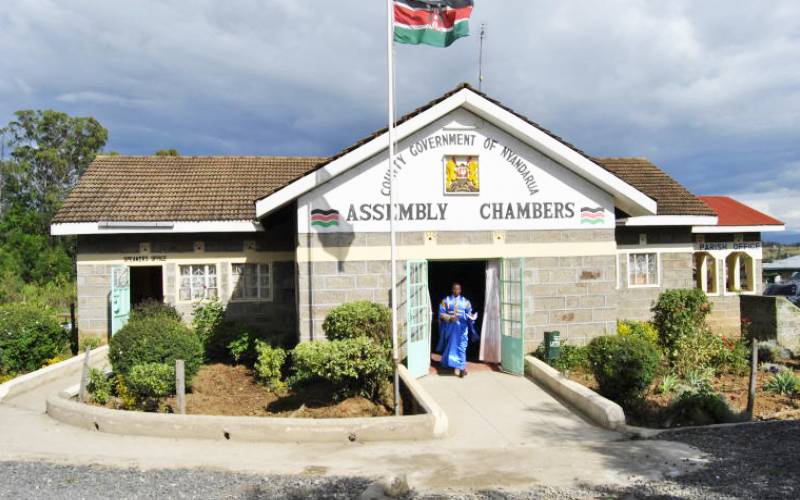 The order was issued and gazetted by Industrialisation, Trade and Cooperatives Executive Muthoni Wamuiya on May 10 to allegedly invoke observance of Sunday as a day of worship and to shield traders from competition by non-residents.

Kipipiri Ward rep Paul Ngeche, who moved the motion, noted that the order ought to have been taken to the assembly together with an explanatory memoranda, which was not done.

“No consultation was done whatsoever. The Statutory Instruments Act (2013) and Standing Order No. 191 was not followed,” Mr Ngeche said.

Assembly Speaker Ndegwa Wahome said the notice was illegal "and has no effect or consequence on any Nyandarua resident from now moving forward, until it is resolved conclusively by the House".

He added, “I feel very happy today because this House has re-established its position and restored its dignity. There is no gazette notice that can avail itself without a statutory instrument, a guideline, policy or a subsidiary legislation behind it. I am, therefore, happy for you for calling an illegality by its name."

“Kenya is a secular State. What will Seventh Day Adventist church followers and Muslims do when this order is enforced?” Mr Kung'u posed.

Githioro Ward rep Sambigi Mukuria said that by failing to follow the provisions of the law, the Executive had usurped powers of the assembly.

“People who only go to the market on Sundays should be given their space. This is a selfish way by some people to shield themselves from competition. Religion cannot be an excuse to frustrate other business people,” Mr Mukuria said.

He added that no scientific research had been conducted to show that banning Sunday trade would lead to an increase in church goers.