Ivy Wangechi, the Moi University medical student killed last week, was buried at her family home in Mahiga, Nyeri County yesterday, where speakers called on young people to learn how to handle rejection.

The killing of Ivy sparked off a conversation over increasing cases where women are being attacked and some killed by lovers.

Mr Naftali Kinuthia, accused of killing Ivy, has been detained to allow the police conclude investigations into her death.

Political and religious leaders who attended the burial tore into some of the comments made about Ivy on social media urging the public to respect the privacy of her family.

Her mother, Winifred Kingori, who fondly referred to her as 'Ivyline the Medicine woman’, described her daughter as her best friend whose life had been snuffed out too soon.

“Ivy, it is all darkness around me. I do not know where the next step will lead me,” she said.

Her grandmother Beatrice Wangechi, whom Ivy was named after, said while she would bear the loss, she'd forgiven her killer.

“I have forgiven the person who did this to you. I can’t ask him questions but God will. What gives me strength is knowledge even Jesus Christ died a painful death without committing a sin,” she said.

Over 300 people attended the funeral service at Mahiga Primary School in Othaya Constituency.

The mourners included her family, friends from Thika where they lived, as well Moi University and Alliance Girls High School staff and students.

Her classmates were dressed in black T-shirts emblazoned with stethoscope-shaped hearts.

The convoy escorting Wangechi’s body arrived at the school at 12:15pm.

Her family then carried the white casket, her portrait and a white cross from the the hearse to the dais.

Staff and students of Moi University said it has been tough for them coming to terms with the death of Ivy who they described as jovial and inquisitive.

Friends and family described Ivy, who was a final year medical student, as obedient. They said she was an inspiration to her family and friends because of her love for fashion and dedication to her studies.

Leaders condemned her killing and called on the police to ensure justice.

Othaya MP Gichuki Mugambi and his Gatundu South's Moses Kuria disrupted the funeral programme when they landed at the venue in a chopper, which blew off some tents.

The politicians called on youths to find it easy to walk away from failed relationships than killing their partners.

Gachagua said the country had lost a young and bright woman in a brutal manner.

"This is a loss, not just to the family which had invested heavily in her but to the entire nation," Gachagua said.

He added: "I have also been saddened by the things written on social media about Ivy. People forget she has friends and family who would be hurt by what they are writing."

Kuria said the society must have a conversation on what is ailing youths.

"We cannot determine a solution to a problem we have not interrogated. Young people should learn to walk away from dysfunctional relationships and seek support from friends and family to overcome the heartaches."

Muranga County MP Sabina Chege said: "It is okay to fall in and to experience rejection. Things are never that serious. Nothing is worth taking a life. It is better to see the person you loved alive."

Ms Mukami said the youths need mentoring to be able face the challenges of life and relationships.

The leaders called on the church to step in and counsel the youths.

How Easter got its name and other facts about the holiday

Given the symbolism of new life and rebirth, it was only natural to celebrate the resurrection of Jesus at this time of the year. 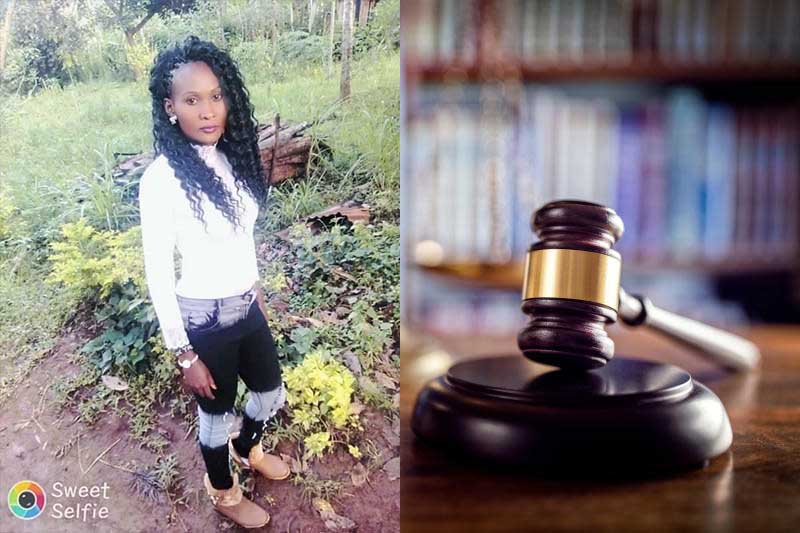 Boda Boda rider to face murder charge after death of another athlete
;
Feedback