The late Ivy Wangeci was today buried at her parent’s home in Mahiga, Nyeri County.

Hundreds of mourners most of whom were dressed in black thronged her parent’s home in Nyeri County to pay their last tributes.

On Wednesday, activists and women leaders held a candlelit vigil at the Nyeri Central Business District in honour of Wangechi and condemned the rise in violence against women.

Here are some pictures from her burial ceremony earlier today. 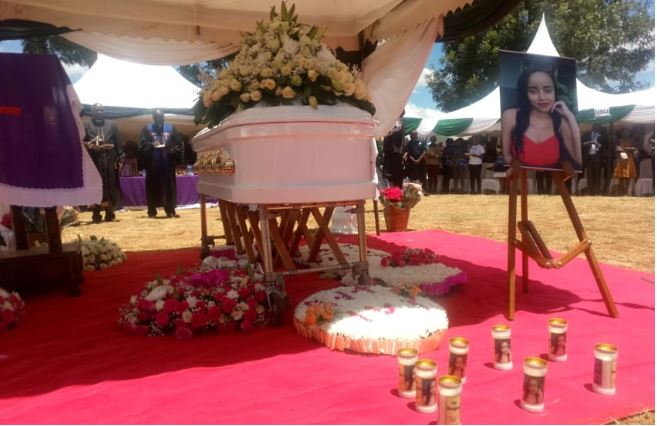 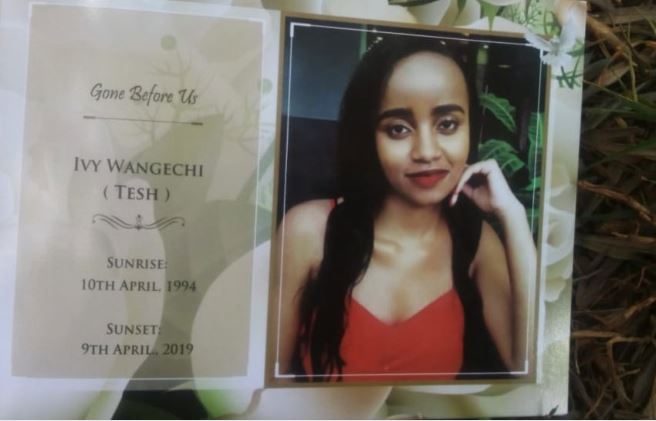 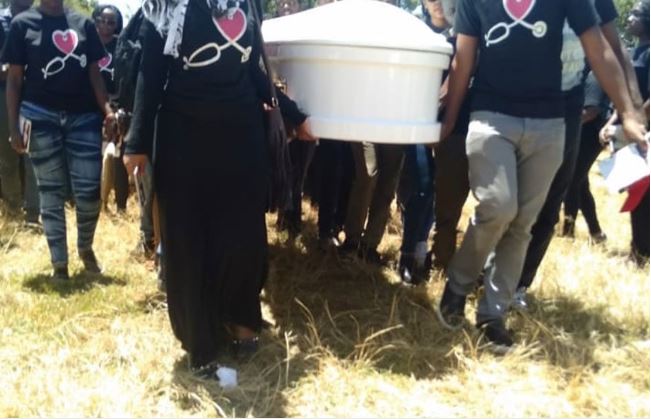 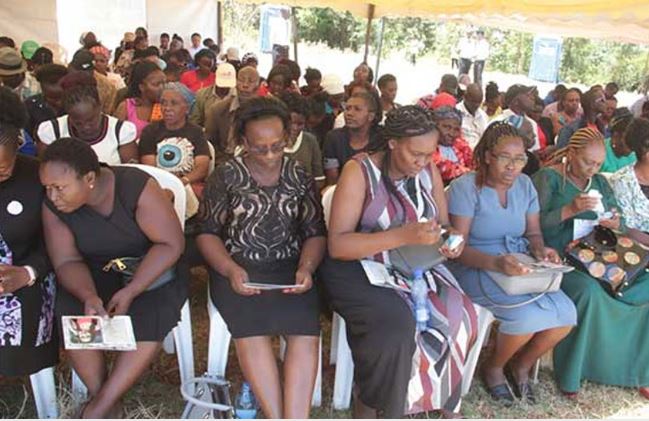 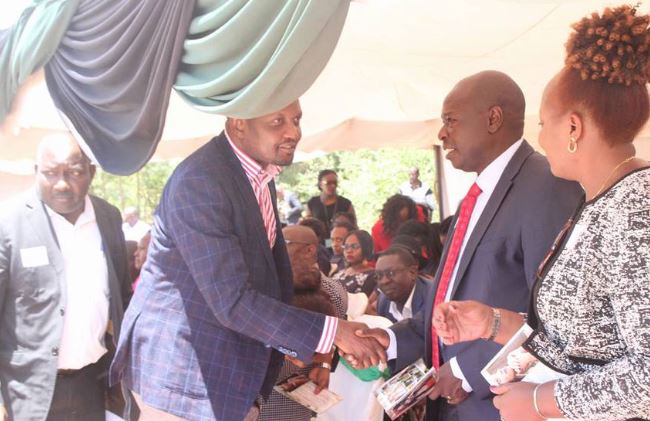 Wangechi was a sixth-year medical student at Moi University who was hacked to death allegedly by her childhood friend after she rejected his advances.

An irate mob consequently descended on Kinuthia on the said day but was rescued by police. He reportedly told investigators that she rejected his advances.