No biometrics, no census, MPs vow 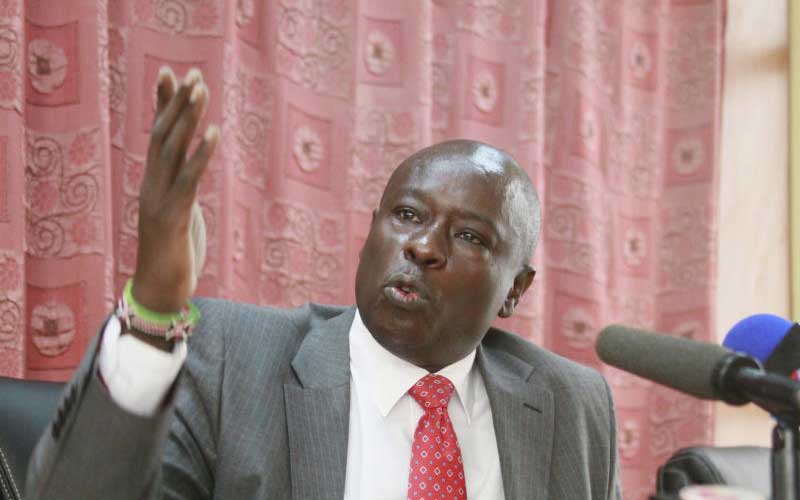 Mathira MP Rigathi Gachagua has warned that any attempt to have the national census conducted manually will lead to a boycott by central Kenya leaders.

Mr Gachagua (pictured), speaking in his constituency yesterday, said reports that the census, expected to be carried out in August, would not involve the use of biometric kits, were unacceptable.

“The bare minimum for the census to be carried out in a credible and reliable manner is through the biometric system. As central Kenya people, we shall boycott the census if there are any attempts to carry out the exercise manually,” he said.

The MP said the region had been short-changed in the previous census exercises based on the statistics collected in the 2009 exercise and the voter registration numbers.

Agency says MP didn’t do any business to get Sh200m

“In the last census, Turkana County recorded a population of 815,000 yet during the biometric registration of voters, only 191,000 were registered. Based on these census numbers, they now receive Sh10.7 billion allocation,” he said.

He drew a comparison with Nyeri Count, which recorded a population of 693,000 in the census and 456,000 voters in the biometric system, but only receives Sh5 billion.

The legislator explained that the census figures were vital for fair resource allocation, which had seen the region marginalised.

"Resources are about people, not the vastness or size of the area, but population and this is the basis on which they should be distributed," he added.

He explained how Mathira Constituency, which has 100,000 voters, received the same amount as Lamu East, which has 18,000 under National Government Constituency Development Fund (NG-CDF).

Mr Gachagua, speaking at a medical camp, asked the Jubilee government to consider reducing the Big Four agenda to only two - health and food Security.

"We need to focus our resources on health and food security, as this can lift housing and manufacturing sectors," he noted.

His Tetu counterpart James Gichuhi also rooted for use of the biometric system.

Speaking during a church service in Kangaita AIPCA, Mr Gichuhi told the congregation any attempt to carry out a manual census would be resisted by local leaders.

"The numbers used in the allocation of resources since 2009 were inaccurate and it would be unfortunate if we continue to make the same mistakes yet we have the biometric machines," he said.

By Kariuki Mwangi | 20 hours ago

By Clement Masombo | 2 days ago