Why counties are battling for control of Nyahururu town

Laikipia, Kenya: When the railway line connecting Nairobi to Laikipia region reached Thomson Falls in 1929, little was known of the falls until a town sprouted from the region.

A few shops were then opened by the Indians who came to visit the falls and within no time, Nyahururu town was born. Since then, the town has grown by reaps and bounds and today boasts of modern amenities.

It is a town that has previously been described as “no-man’s land” but with devolution, Nyahururu has acquired new significance as it is now the centre of conflict for two counties.

Both Laikipia and Nyandarua counties are laying claim to the colonial town whose well-established infrastructure has seen leaders from the two counties lock horns.

Traders from Laikipia, Samburu, Baringo and Nyandarua counties used the town as a transit point for their goods by train to destinations like Nairobi.

During its foundation, the town was named Thomson Falls after the 70 metre high falls on the nearby Ewaso Nyiro River which drains from the Aberdare Ranges.

For years, Indians heavily dominated the town but they later relocated to other towns leaving the locals to do business.

The battle over it between the two counties is perhaps because of its resources. One such resource is the Thomson Falls which acts as a tourist attraction where the counties are targeting to rake in millions.

According to documents from the former Nyahururu municipality, the falls fetches over Sh100 million per year from foreign tourism.

The Ewaso Nyiro river, that hosts more than 1,000 hippopotamuses and is also a major tourist attraction, is another natural resource the town boasts of.

With these, the town brings in a lot of revenue which has now generated a political battle over it with the former municipal council said to have been earning approximately Sh500 million.

Leaders from Nyandarua County claim the investments in the town were owned by its residents who now have a right to own it.

A task force led by the deputy Governor Waithaka Mwangi has recommended that a referendum be held to determine the location of the town.

This is despite an earlier decision by the then Interim Independent Boundaries Review Commission which last year declared the town was in Laikipia.

Nyandarua leaders claim all the major institutions in the busy town which connects Nyeri, Nakuru, Nairobi and Mararal were the “fruits of Nyandarua people”.

The town is administered from Laikipia but the Nyandarua residents want a share of it.

To prove this, they claim the schools have been admitting students from Nyandarua and wondered how the schools could be in Laikipia and yet they were built by Nyandarua people.

“How can they then claim the schools were in Laikipia and yet they were built by Nyandarua people to educate their children? Let the leaders come together and call for a referendum,” noted former Ndaragwa MP Jeremiah Kioni. “It is in the public domain that the town has always been in Nyandarua but was taken to Laikipia for political reasons. Let the two counties agree and call for a referendum and see who will win.”

He regretted that investments meant for Nyandarua have always helped the people of Laikipia terming it unfair.

But Leaders in Laikipia have vehemently opposed the claims saying they will not in any way negotiate with Nyandarua leaders over the proposal.Former Laikipia East MP Mwangi Kinjuri said it is a constitutional case and should not be determined by politicians.

“The issue of boundaries is in the Constitution and no one should go calling for its review if not all leaders have agreed. Those calling for the removal of the town from Laikipia are just populists who want to get fame,” he noted.

He called on his Nyandarua counterparts to follow the right channel and not the media.

Kiunjuri said that Nyandarua residents should not claim that they were the only ones who had invested in the town.

Kiunjuri disputed claims that only residents from Nyandarua had invested in the town saying the nearby Nakuru, Samburu and Baringo counties had also invested heavily.

“What will happen if all the other counties claim they have also invested in the same town and they want a share of it? This will definitely be a crisis,” he said.

The two governors Daniel Waithaka (Nyandarua) and Joshua Irunu (Laikipia) are yet to decide on the way forward over the issue.

Missing 11-year-old girl found dead in Olmaa, Kajiado County, she has been missing since 4th April

China Jiangxi International has won a tender to develop NSSF’s shopping mall in Nairobi, which has been billed the tallest real estate project in Kenya. This confirms a trend that contractors and developers from the Asian economy are becoming frontrunners in all major developments here. 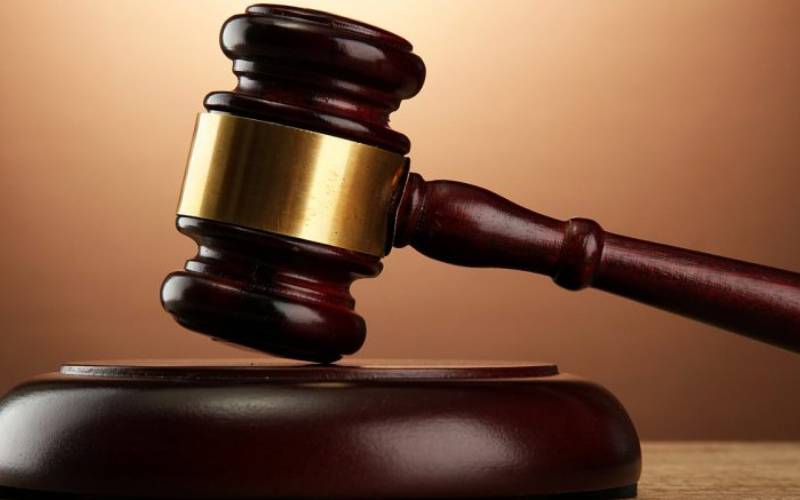 By Winfrey Owino | 26 minutes ago

By Gerald Mutethia | 2 days ago