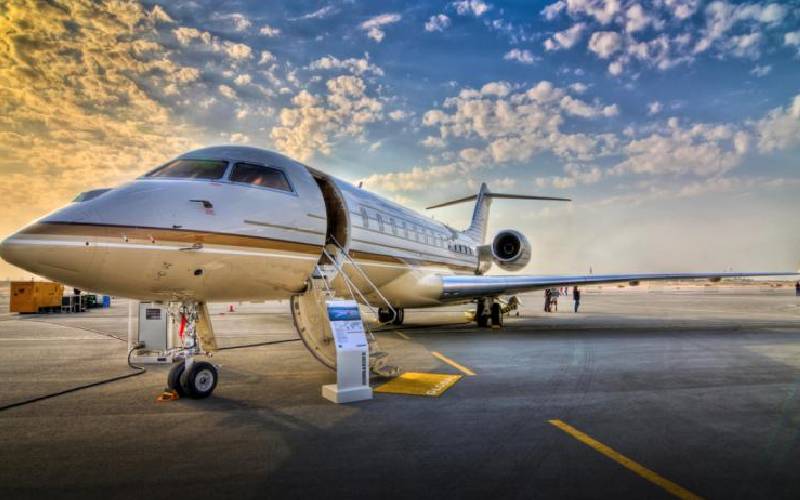 “Tithing is an obedience issue. You cannot be a tither, a sincere tither, and remain poor.”

This was a tweet that appeared on the personal Twitter account of Reverend Cathy Kiuna who, together with her husband Bishop Allan Kiuna, founded the Jubilee Christian Church (JCC).

The subject of the tweet was reported to have been one of her Sunday service sermons in 2018.

When the sermon found its way into Twitterville on May 20, it triggered sharp reactions from enraged netizens who saw this as a tactic to exploit the church’s gullible flock.

The Kiunas - fondly known as Dad and Mum by their church members - are among a controversial breed of evangelical preachers known for spreading the gospel of prosperity, a departure from the traditional Christian teaching that emphasised heavenly riches over earthly wealth.

However, according to the Kiunas and other prosperity gospel adherents, it appears material success only comes to those who give to the church - not even to the needy.

This rags-to-riches preaching has spawned a multi-billion-shilling church business, catalysed by televangelism and gospel music.

The powder keg of the prosperity gospel has been the sizzling desperation by most Kenyans to extricate themselves from penury.

There are those who have ceaselessly prayed for a job; those who hope to buy a car or build a house of their own; others who want their businesses to be profitable. It is everyone’s hope for a good life.

And it is this hope that is draining them financially.

“When people are desperate, frustrated and depressed they need hope. And people will do anything to get themselves out of that desperation,” says Dr Joy Kiiru, an Economics lecturer at the University of Nairobi.

To those who have perfected the art of scenting money, this gullibility is fertile hunting ground.

“Somebody will see this as a window of opportunity to bring hope while doing good to your own self,” says Dr Kiiru.

Kenyans have been treated to Hollywood-like stories of how false prophets, armed with marketing skills that would be the envy of top-notch sales executives in blue-chip companies, have fleeced hapless people by selling them fake miracles.

The Class Seven dropout might have been an academic dwarf, but he had a knack for business, he told our sister publication The Nairobian in an earlier interview.

With operations in the United Kingdom, Deya had for long sold the idea that he helped barren women conceive miraculously.

However, the court found that the so-called miracle babies were actually stolen.

The business that the bishop excelled at was that of selling hope to the downtrodden and the women who could not bear children.

At his peak, Deya controlled assets valued at Sh4.2 billion in the United Kingdom in 1998, he told The Nairobian.

Back then, the Gilbert Deya Ministries ran two satellite TV stations broadcasting in Africa and Europe, an online radio channel and churches in London, Liverpool and Manchester.

An expose by KTN showed how another pastor, Victor Kanyari, used chemical compound Potassium permanganate - which turns red when it comes into contact with water - when washing the feet of congregants to convince people that his prayer was causing blood, and the illness carried in it, to leach out of their bodies.

Majority of Kenyans, about 15.8 million, were affiliated to the Protestant Church. These include the Anglican Church of Kenya, Africa Inland Church, Lutheran Church, Presbyterian Church and Baptist Church.

They are followed by the Catholic Church, which has around nine million adherents.

Although all churches registered as societies or associations are required to file their financial returns, few of them make the numbers public, says Bishop David Oginde of Christ is The Answer Ministries (Citam).

However, a few of the churches like Citam have laid bare their financial results, offering a rare peek into the billions made by the places of worship.

As expected, the main source of income for most of the churches is offerings and tithes, with Citam raking in Sh1.36 billion from its flock in the year ending 2018.

In that year, Citam was left with a surplus of Sh183 million from a total revenue of Sh1.54 billion.

Its expenses, mostly to staff, amounted to Sh1 billion.

The church’s decision to make its financials public, says Bishop Oginde, is not only in compliance with the law but also a commitment to its church members that their money is being utilised prudently.

“What some people think is that when they reveal the money they are getting, the members will stop contributing,” says Oginde, adding that their experience has been different.

People have contributed more after learning that their money is put into good use.

He insists that most of their income goes into helping the society such as funding education and healthcare.

A financial statement from another church, the Nairobi Chapel – All The Assemblies – indicates it collected Sh632.3 million as at December31, 2018 compared to Sh434.6 million the previous year.

However, other Pentecostal churches - defined as those which tend to emphasise direct personal experience of God through baptism with the Holy Spirit - have not been so open with their finances.

Historian Daniel Branch in his book, Kenya: Between Hope and Despair, 1963-2011, reckoned that it was the economic turmoil of the early 1990s, aggravated by the failure of the structural adjustment programmes promoted by the World Bank, that crystallised Pentecostalism.

Having abandoned hope that the Kanu regime, or the World Bank, could provide the means for prosperity, many Kenyans turned instead to Pentecostalism, Mr Branch said.

These churches were also founded at an astonishing rate in rural areas, and religious broadcasting took up a good deal of the newly liberalised radio and television spectrum.

The Pentecostal message thus spread throughout Kenya due to the  accompanying rise in the popularity of gospel music.

“According to their message, the churches provided their congregations with a mechanism to improve their lives,” said Branch.

He noted that while church members were not necessarily wealthy, the message of many preachers was “unashamedly about victory, success, and achievement, with health and finance prominent”.

“Use your mouth to confess prosperity, wealth and abundance,” Pius Muiru, the founder of Maximum Miracle Centre, one of Nairobi’s largest Pentecostal churches, told his congregation.

“Let your mouth become the gateway to your destiny. Think rich.”

“It is terribly wrong,” says Bishop John Muchemi of Elim Pentecostal Church. “You do not teach people about prosperity and forget your main mission.”

The mission, he says, is not for people to be materially rich because that would be conforming to the standards of the world.

“So when you teach about prosperity, it is the opposite of what we were initially teaching as a church,” he says.

“We have to teach people to embrace salvation; to know the existence of God and the benefits of believing Christ.”

The rest of the material will come as an added advantage, he says.

Televangelist Benny Hinn in September 2019 confessed during one of his broadcasts how untrue prosperity gospel is, saying “I am fed up with it”.

There is no doubt that economic recovery will be buoyed by the success of our start-ups and small businesses.

Daily pay to Saccos is assumed to be refundable when one withdraws their vehicle, but in some cases it is a lie.

Five ways to enhance gender balance at the workplace

By Tony Mutugi | 9 days ago

How to prepare for an interview in just 24 hours
Feedback