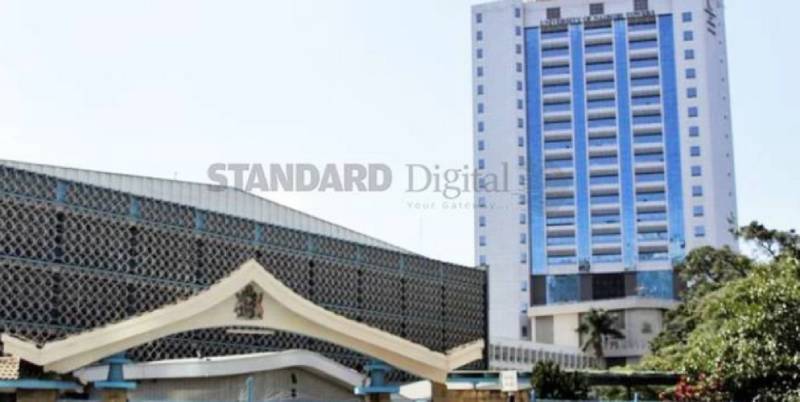 Crackdown to weed out learners who have overstayed in public universities has kicked off with the University of Nairobi taking lead in the shocking exercise that targets 32,000 students.

The deregistration of students and termination of courses for learners who have overstayed in the institution beyond the required time started on Monday.

“This is to inform all students and staff that according to Section 2.7.2 of the guidelines, the university shall commence the process of deregistration of various categories of students on March 22,” reads the memo.
The details are contained in a March 8 memo by Prof Julius Ogeng’o, Deputy Vice-Chancellor in charge of Academic Affairs to all staff and students.

To enforce the directive, University Vice-Chancellor Prof Stephen Kiama transferred all students’ affairs matters to the DVC in charge of Academic affairs.

“The management has taken note of the fact that the functions of Students Affairs continued to run efficiently under the office of DVC (Academic Affairs), who is also the custodian of the student's records,” said Kiama in a March 3 memo to staff.

Kiama told staff that the filling of the position of DVC (Students Affairs) has therefore been deferred indefinitely.

“This is therefore to notify the entire university community and relevant stakeholders of the above decision and at the same time request all to continue referring any students’ affairs related matters to the office of the DVC (Academic Affairs) until otherwise advised,” said Kiama.

In his memo, Prof Ogeng’o said the start of the deregistration of students and termination of courses starts March 22.
Prof Kiama said the university will scrutinise its students roll and use details to make informed decisions.

The VC said the development of the Students’ Progression and Deregistration guidelines is part of the larger reforms the university is instituting to enhance accountability and transparency.

“I know we are the first to develop the guidelines and the process shall be fair to all because each student will be dealt with on their merit,” said Prof Kiama.

The University now becomes the first to start the purge on students who have overstayed after the Universities Fund raised a red flag on the high number of this category of learners.

The Universities Fund mandated to develop a transparent and fair criterion for allocation of funds to universities, blocked plans to spend Sh5.5 billion to sponsor some 32,000 overstayed learners.

The Fund Chief Executive Officer Geoffrey Monari said some of these students have repeated courses for several semesters.

While others requested to defer courses for various reasons but cannot justify their cases to warrant State funding.
Also in this category are learners who have various disciplinary cases and those who over the years have managed to beat universities systems to prolong their stay.

Vice-Chancellors of public universities who spoke to the standard said they will institute internal systems to clean up their students' rolls.

At the University of Nairobi, Prof Ogeng’o said that the bold decision to kick out the overstayed students was arrived at during a Senate meeting held on August 26 last year which approved the Guidelines on Students Progression.

“A student may be expelled on disciplinary grounds per prevailing code of conduct or discontinued from the university per the examination regulations of the respective programs,” reads the guidelines seen by The Standard.
And on deregistration, the regulations explain that this shall be done on expiry of studentship, termination, interruption, death, unexplained failure to transit.

“…or inter-and intra-faculty transfer provided that accurate records of their progression are maintained.”
However, the university says that a student shall be allowed to renew their registration after they return from interruption or acceptance after transfer or readmission, subject to meeting the regulations of the programme.
The university has also spelt out transition criteria, which shall constitute examinations and fees payment.
A student shall transition to the next level/year of study only after passing all the prescribed examinations for the preceding level/year of study for which he/she was registered.

“Students who do not qualify for vertical transition the first time may be accorded a chance for supplementary/special examinations or repeat the course per the programme regulations,” reads the document.

This means that no student shall be allowed to join the next class before passing the examinations at the preceding level.

This is a marked departure from the present where students freely move to the next stage of learning even as they make arrangements to re-sit papers they have failed.

And on fees, students shall only progress to the next level/year of study after payment of all prescribed fees due for the preceding level of study per the prevailing fees payment policy and statute.

The guidelines also give clear standards on documentation, communication and record-keeping of students.
According to the university, the transition from one class to the other shall be accurately documented by way of admission letters and joining instructions, nominal roll, class attendance, examination register, provisional results slips, academic transcripts and certificates.

Gradation booklets, consolidated mark sheets and convocation lists will also be used to determine the transition of students.

And in the case of graduate studies undertaken by research, the university guideline will require that research data, such as records in research Notebooks shall be maintained.

Each student will receive communication about their progression in writing.

“The information communicated shall be copied to the academic registrar and other custodians of academic records,” reads the guideline.

Each students’ records and communication shall be maintained by all departments, faculties, schools or centers and the academic registrar.

The development is a major boost to the government as Universities Fund moves to streamline data used to fund universities.

Another accountability move is being pushed through The Universities (Amendment) Bill 2020 which will compel universities to give progress reports on all students allocated and funded by the government.

The bill approved by the Cabinet is passed in parliament, will ensure all students placed by the Kenya Universities and Colleges Central Placement Service (KUCCPS) and sponsored by the government are tracked.

The new requirement will also push universities to give status reports on students under their custody, effectively tracing their academic progress and availability for funding.

This comes as the UF revealed that 32,000 university students have delayed in completing their courses.

UF report exposed that it is unable to verify the data submitted by universities as there exists no proper mechanism to verify it.

Fund chief executive Geoffrey Monari said the absence of a proper data management system for universities has made it difficult to verify the information presented by institutions.

“The data we are relying on have been generated manually and they could be inaccurate, and if the public fund will be spent then we must be accurate on the numbers we are using to spend public resources,” Monari said.

Monari said a credible data management system must be put in place to detect fraud, enhance accountability and boost proper planning in the university sector.

“Universities Data Management Information System will enable effective and efficient implementation of the performance-based Differentiated Unit Cost. This system will link all the relevant stakeholders and provide clean verifiable data for all staff and students,” he said.

Higher education experts said if the law is passed, the fund may require universities to release students’ data showing those who passed exams and those who progress to the next class.

Universities may also be required to give final-year students official graduation lists to demonstrate that the students whose money they collected reported, studied and passed.

The plan will, however, ride on another proposal fronted by vice-chancellors that universities' funding focuses on a physical student as opposed to blanket financing where the government arbitrarily allocates money to institutions.

In their Status of University Education in Kenya report released last year, vice-chancellors argued that funding each student would increase accountability and eliminate numerous programmes offered.

Each participating university will be required to submit a list of self and government-sponsored students to the Placement Board within 30 days from the date of closure of the enrolment of students to the university.

And “the Placement Board shall submit the information received to the Universities Fund Board within fourteen days of receipt thereof.”