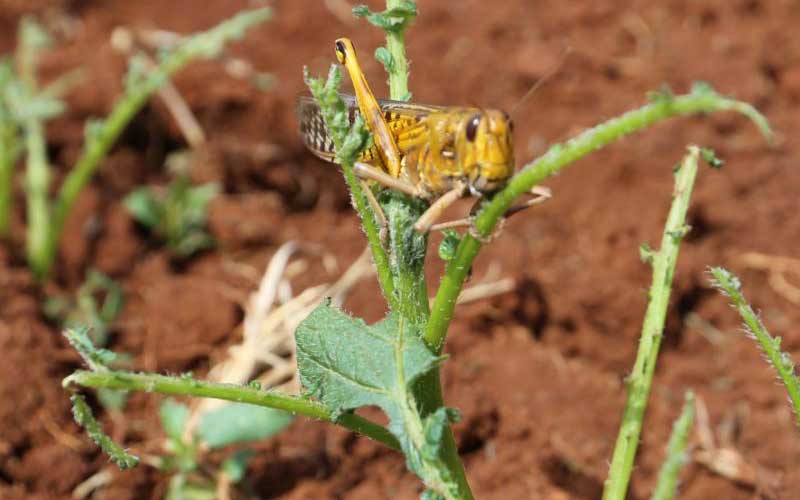 More than 2,400 metric tonnes of food have been destroyed by desert locusts in Tharaka Nithi County.

“We were lucky the insects came when the crops were being harvested, and a number of farmers were able to salvage theirs. There are other damages however because some farmers panicked and harvested grains not fully dry, posing dangers of aflatoxin contamination,” he said. Mr Njuki, who is also chairman of agriculture in the Council of Governors, said the war on locusts would be won if community groups joined hands with government in fighting them.

He said officers from National Youth Service and those from the county had done a commendable job in fighting the insects.

Government should step up fight against locusts

“We have sprayed 60 per cent of the affected areas, and we are working hard to ensure we cover the remaining 40 per cent,” said the governor. He asked the Ministry of Agriculture to provide motorised pumps to supplement efforts shown by those on the ground. “We also need motorised mounted pumps to help us spray in every corner,” he said.

The manufacturers are now targeting matatus and boda boda motorcycles, promising to reduce their fuel costs by up to 80 per cent.

By Entrepreneur.com | 2 days ago