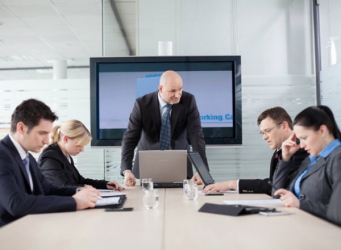 You have most likely heard the plea from on high at your company: we want more innovation from everyone at every level.

Your boss might even agree with the sentiment – because who does not like innovation? Yet when it comes to innovating at your job it might be better to lower your expectations.

Your idea is far more likely to die on your boss’ desk than it is to reach the CEO. It is not that top managers do not want new ideas. Rather, it is the people around you who are unlikely to bend toward change.

Yet companies that do not innovate face extinction.

“Companies are almost forced to say that they are changing these days,” says Lynn Isabella, a professor of organisational behaviour at the University of Virginia Darden School of Business in the US. “There is a bit of keeping up with the Joneses.”

But it is not organisations that resist change; people resist. The people have to see what’s in it for them.

None of this is to say you will not get your new idea accepted, but the idea alone is almost less important than how you get people to buy into it, she added. Put another way, how you frame the idea matters more.

It boils down to some key questions that the people whom you pitch your ideas to will ask themselves, Prof Isabella said.

For instance, what does this innovation mean for me personally? More precisely: will it be more challenging, or lead to more career opportunities?

Second, what will it mean for my job? Will I get fired? More broadly, will it be worth it, or was it worth it? That last one is crucial, because we all know companies come with a history of ideas to make changes — and at least some of them did not work.

Unfortunately, too often the answers to these questions do not stack up in favour of the innovation. Hence, the people who need to buy in don’t push for change.

But then it gets worse, history tells us: “The innovator makes enemies of all those who prospered under the old order, and only lukewarm support is forthcoming from those who would prosper under the new,” says Niccolo Machiavelli, an advisor to the rich and powerful in 15th and 16th Century Italy.

This is a fairly broad take on why new ideas get killed in almost any workplace. But there are some specific ones as well.

One typical problem usually arrives as a corporation grows.

The focus of a business starts to shift from long-term thinking to next-quarter earnings. The moment you focus on short-term profits, and not long-term revenues, you put handcuffs on innovation.

Imagine you have an incredible idea that would cost Sh10 million to get going, but has the potential to generate Sh1 billion in future profits

The possible 100-fold return might make it sound like a chance worth taking, but the immediate problem becomes explaining away the Sh10 million shortfall in quarterly profits.

Contrasts this attitude, which is commonplace, with Amazon’s operations. Jeff Bezos, Amazon’s founder, has consistently managed investor expectations to focus away from quarterly earnings announcements and towards the longer term.

Consider the massive changes that retail giant Amazon has gone through since starting as an online bookseller in the 1990s. It now offers cloud computing services, warehousing, as well as streaming content. All these initiatives are being driven by employee.

Perhaps even more telling is that Amazon was prepared to launch products that failed. Long gone experiments include its Fire phone, its Wallet, and its former daily deals site Amazon local. All are now history.

That litany of now-dead offerings shows a willingness to venture into uncertain projects where the outcome is far from certain. In other words, it means that Amazon accepts risk taking.

But, there is another issue – and it goes to some of the sameness you probably see around you at work.

Corporations hire bright folks, but they do not hire risk takers; they hire people who are like them.

So if a manager is not a risk-taker, he is likely to hire another person who does not take risks. And his manager’s boss? Same story.

Then there are plain old politics at play. Sometimes people just fail to recognise good work because of political considerations. If someone isn’t liked within an organisation, [then] you know if you take it up to the top that the idea will be killed.

Then there is the matter of competence. Some people are not smart enough or skilled enough to tell whether or not a new idea is a good one. But we are all guilty of that at times, especially when the innovation is simply too radical.

However, there is actually some good news in all of this innovation malaise. There is an entire industry made up of people who do not think with a corporate mind-set.

So, it could be you’re just on the wrong side of the desk – innovation from the outside is lucrative, and from the success of consultancies, much easier for the bosses to take on board.

Taxpayers will have to cough up more cash for land in the second phase of the Standard Gauge Railway (SGR) project.

By Christabel Munene | 8 days ago

Applying for a job? How to ensure you are short-listed
Feedback