We go marching in!: WWE 2K22 expected to step up to its billing after a whole year hiatus 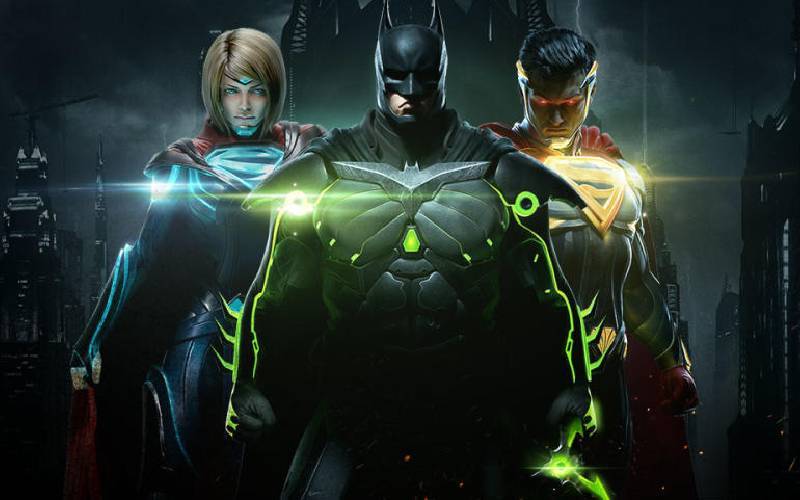 The year is quickly rolling out and we have experienced amazing titles so far. This particular month we expect WWE 2K22 would step up to its billing after a whole year hiatus.

Despite the year being fairly new, the industry has been off to a surprisingly busy start in terms of big video game releases and that does not seem to slow down this month either. Here are some of our top picks.

If you are a speed junkie, then this sim racing video game should be your thing. Following the Gran Turismo 4 gameplay, this game brings back the GT Simulation Mode with several other classic features such as traditional racing tracks and vehicles, special events, and championships, among many others.

Although this game requires a constant internet connection, its Arcade mode is fully playable offline.

Have A Nice Death

This is a 2D action rogue-like game where you play as Death, CEO of Death Incorporated, who currently finds himself teetering on the edge of a burnout. His top executives, the Sorrows, have been running rampant on Earth’s surface, leaving him buried in an underworld-sized mountain of paperwork. Now in order to regain control of his company, as well as secure a much-needed vacation, he will need to traverse the various apartments of Death Incorporated and remind his juniors who is the boss.

This professional wrestling video game is not a new one as it is the 22nd overall installment of the video game series based on WWE, the ninth game under the WWE 2K banner, and the successor to 2019’s WWE 2K20.

The new installation comes with an upgraded ‘MyCareer’ mode, which focuses on separate stories for both male and female superstars. Using created superstars, players can form alliances, make enemies, and branch into subplots based upon the player’s choices.

This fighting game takes place immediately after Persona 4 Arena. After a supernatural red fog covers the town of Inaba, the Investigation Team of operatives try to uncover the truth.

The game’s story mode, told in a format similar to a visual novel, is now split into two separate campaigns for the Persona 3 and Persona 4 casts, as opposed to the individual campaigns for each character seen in its predecessor.

A hero loses their memory and ends up joining a group of rangers operating in the small town of Rigbarth. The hero is encouraged to tend the land as well as battle monsters in order to maintain peace. Players control a male or female hero with the default names of either Ares or Alice, respectively. This is basically the plot for this role-playing simulation video game.

This cyberpunk-themed action role-playing video game takes place within an arcology in a futuristic world known as Veles, controlled by a powerful mega corporation called “The Ascent Group”. Players assume control of a worker enslaved by the company. After the mysterious collapse of The Ascent Group, the arcology descends into a chaotic free-for-all pitting districts, syndicates and rival corporations against each other for control. The player’s role is to stop other factions from seizing control and uncover the mystery behind the demise of “The Ascent Group”.

This action-adventure game is played from a first-person perspective. The player can use various psychic and paranormal abilities to defeat the ghosts and spirits haunting Tokyo. Combat director Shinichiro Hara described the combat as “karate meets magic”, as the player character utilises hand movements inspired by Kuji-kiri hand gestures to cast spells. When an enemy loses most of its health, its core is exposed and the player can use takedown moves to destroy it, defeating the spirit.

Like its predecessors, this game is purely a grand strategy game where players get to choose a start date of either 867 or 1066 and play until 1453.

All the characters have full-body, 3D-rendersed characters instead of 2D portraits and dynasties can form cadet branches that have their own heads and act mostly independently from their parent dynasty. The heads of dynasties are able to use a new resource known as Renown to assert their control over their house.

Set in a whimsical dream world, In Nightmare is a narrative-driven horror adventure game combining sneak action with diverse puzzles. It follows a young boy in search of the last hope of love who is working out his own salvation by navigating through his fear.