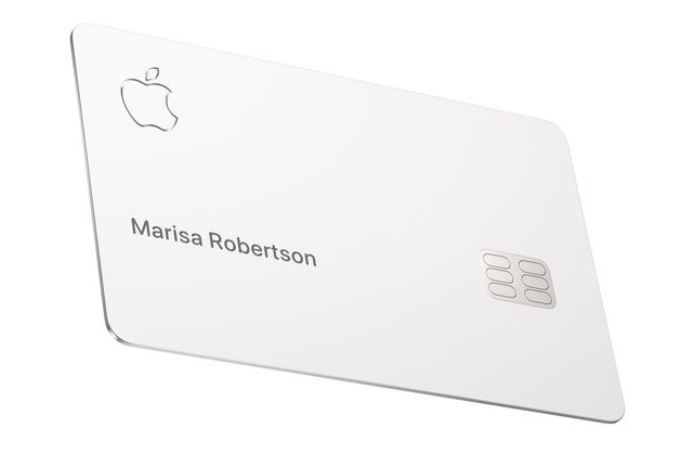 Apple has warned that users of its new credit card should not keep it in a leather wallet or in the pocket of their jeans.

The iPhone maker claims that contact with either leather or denim could cause "permanent discolouration that will not wash off".

It also advises users to keep their Apple Card separate from loose change, keys or other credit cards, to avoid it becoming scratched.

Apple published the advice on its support site , to coincide with the launch of Apple Card in the US .

The card is both a digital card, stored in the Apple Wallet on your iPhone and supported by Apple Pay, and a physical card, made of titanium, with your name laser-etched on the front.

The physical card has a white finish, which is achieved through a "multi-layer coating process" that's added to the titanium base material.

"If your titanium Apple Card comes into contact with hard surfaces or materials, it's possible that the coating can be damaged," the company warns

There is no card number, CVV security code, expiration date or signature on the card - only your name and the Apple logo.

Apple claims this make it more secure than any other physical credit card.

Users in the US can sign up for the card on their iPhone and receive the digital version within minutes.

In can be used in shops that support Apple Pay, as well as online in apps and on websites.

The card is financially backed by Goldman Sachs and Mastercard, so it can be used anywhere in the world.

Like Monzo in the UK, it provides a breakdown of how much you spend each month on shopping, food and drink and entertainment.

Users can track what they are spending day-over-day, or month-over-month, and interest is calculated in real time.

Apple is also offering rewards for using the card in the form of "daily cash".

This daily cash will be credited to their account, and they will be able to spend it, send it to a friend in Messages, or use it however, they like.

By Vivianne Wandera | 16 days ago