A look at special hashtag emojis activated recently around world 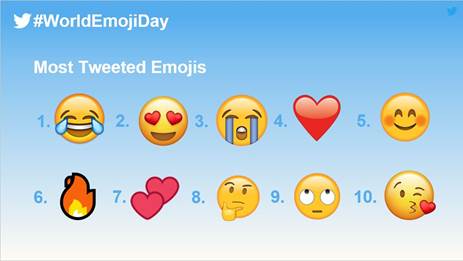 NAIROBI, KENYA: Around 250 million people use emojis on their Twitter messages every month which translates to 3.2 billion emojis per year.

The emojis give Twitter users the opportunity to express joy, sorrow, anger, sadness, love or many other feelings and actions.

Japanese inventor Shigetaka Kurita came up with emoji idea in 1998 to express feelings and emotions in a character saving way due to the limits of SMS (similar to Twitter’s original 140 character limit!).

There are 2,789 emojis available currently from 176 developed first.

For over a decade now, almost everything that happens in this world has had a hashtag. Behind hashtags there are interesting discussions and exciting stories from all areas of life. And for some years now, hashtag actions have also included a special emoji to draw further attention to these important issues, with these exciting visuals driving interest in sharing hashtags amongst lots of diverse communities on Twitter. 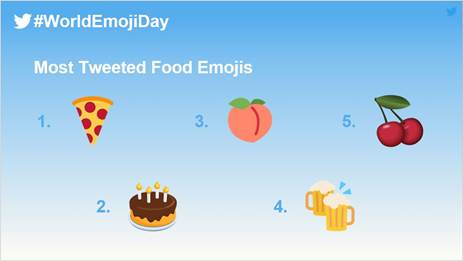 Here are some special hashtag emojis activated recently around the world:

#MeToo - the most famous hashtag emoji

Under the hashtag #MeToo, people from all over the world draw attention to everyday sexism and report on their experiences with sexual violence with a symbol of hands raised in the air in unity. This hashtag campaign has spread like wildfire on Twitter. To make the discussion on Twitter even more visible and to encourage people to participate and join the conversation, Twitter has created this very special emoji.

People standing close together and facing a threat together. What began with a demonstration and climaxed in an emotional speech by Emma Gonzalez quickly grew into an impressive movement. Thousands of people campaigned on the streets to oppose the threat of weapons and especially the arms lobby. The activists are not alone on Twitter either. Symbolically, Twitter has added the power of the masses to the hashtag #MarchForOurLives

With a colorful rainbow heart, Twitter and its users celebrate life and love regardless of gender and orientation. Twitter is the place where inclusion lives, empowering diverse voices and communities across the globe to express themselves and connect. #Pride

#EndAlzheimers - the disease of forgetfulness

Twitter has put a very special emoji alongside the #endalzheimers campaign, which supports Alzheimer's research. Together against oblivion!

#GlobalCitizen - to face the greatest challenges of our time

#GlobalCitizen is an organisation committed to women's rights, health, education and development aid worldwide. Together, people from all over the world face the greatest challenges of our time and try to make a difference together. Twitter now adds a unique emoji to this very special hashtag.