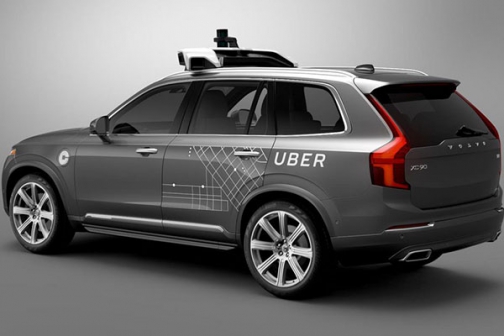 Volvo Car Group has agreed a $300 million alliance with Uber to develop self-driving cars, the latest move by traditional vehicle manufacturers to team up with Silicon Valley firms seen as threats to their industry.

The partnership will allow the Swedish-based carmaker, owned by China's Geely, and ride-hailing service Uber to pool resources into initially developing the autonomous driving capabilities of its flagship XC90 SUV model. The investment will be shared roughly equally by the two companies.

Carpooling firms have formed alliances with large automakers to accelerate efforts to launch an autonomous car, a technology which depends on vehicle software and hardware working together to give a vehicle the right reflexes in traffic.

Companies such as Uber would make drastic savings on their biggest cost -- paying drivers -- if they were able to incorporate self-driving cars into their fleet.

For the carmakers themselves, the ability of consumers to hail a cab via a simple app or hire a car by the hour risks putting them off buying their own vehicle.

Toyota Motor Co (7203.T) has said it is investing an undisclosed sum in Uber, while German rival Volkswagen (VOWG_p.DE) has said it will back Gett, a ride-hailing company. General Motors (GM.N) has already acquired a stake in Uber's rival, Lyft.

In the latest alliance, Uber will purchase Volvos and then install its own driverless control system for the specific needs of its ride-hailing service.

Volvo will use the same vehicle for its own autonomous driving project, which is based on a plan that still envisages having a driver in the car.

The investment will go towards researching and developing both hardware, such as sensors used to detect traffic and obstacles, as well as software for the self driving cars.

"Autonomous driving is key. For this you need software to develop and be safe," Volvo Chief Executive Hakan Samuelsson told Reuters.

The deal does not stop either Volvo or Uber from striking alliances with others. Staff too will largely be kept within their own companies rather than shared.

Volvo, bought by Geely from Ford (F.N) in 2010, has long enjoyed a reputation for its solid and reliable designs.

"Volvo is a leader in vehicle development and best-in-class when it comes to safety," Travis Kalanick, Uber's chief executive, said in a statement.

One of Sweden's biggest companies by sales, Volvo is banking on a 75 billion Swedish crowns ($9 billion) investment plan in new models and plants to secure a foothold in a premium market where it had struggled to make inroads under Ford's tutelage.

The self-driving cars that Volvo is envisioning will be like normal cars that alert the driver when autopilot mode can be activated, on freeways or in specific zones such as gated neighbourhoods or industrial parks, giving the driver the option to maintain or relinquish control.

Nearly 40 young African leaders, among them 32 Kenyans, will leave for Japan at the end of this month as the third batch of successful candidates to the Master’s Degree and Internship Program of the African Business Education (ABE) Initiative for Youth.

By Graham Kajilwa | 16 days ago