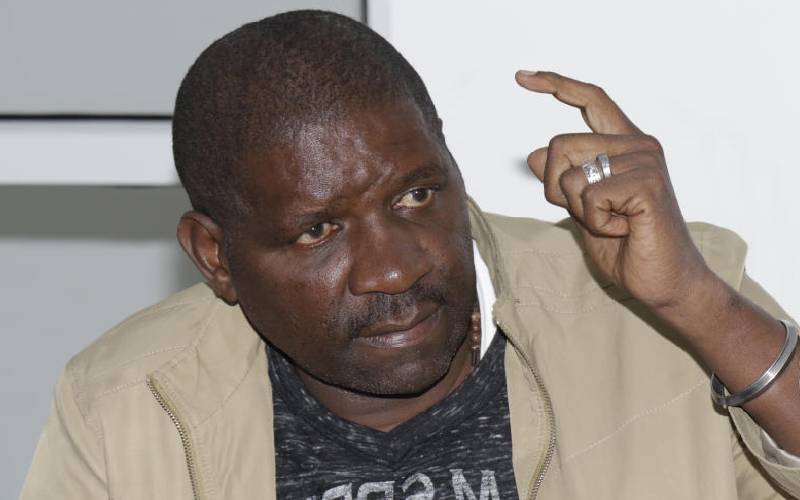 The legislator, Deputy President William Ruto’s close ally, spent Friday afternoon at the EACC regional office at Assumption Centre along Moi Road where he was grilled over integrity and misconduct issues.

He was later served with caution letter.

The agency’s South Rift boss Khalid Hassan said Gikaria was cautioned over allegations related to land issues and an altercation between him and County Government of Nakuru on April 7, 2015.

Gikaria was accused of allegedly initiating, funding and supporting construction of illegal kiosks along Kipkelion road without requisite approval of the county government.

"We asked the MP to come to our offices where he has been warned and cautioned about his conduct," Hassan has said.

The MP reported at the offices at around 2pm and left at about 2.30pm.

Gikaria is one of Ruto’s key allies in the South Rift region and was two week ago barred from attending a public function presided over by President Uhuru Kenyatta at the Rift Valley regional office.

Gikaria and Nakuru Senator Susan Kihika were locked out the venue where Uhuru was issuing 68,000 titles deed to settlers in Njoro, Gilgil, Rongai and Naivasha.

Later President Uhuru held a closed door meeting with a section of local leaders at his family’s Gicheha farm where he reportedly vowed never to use the renegade leaders in his future activities in the county.