National Construction Authority in a standoff with Nairobi contractors 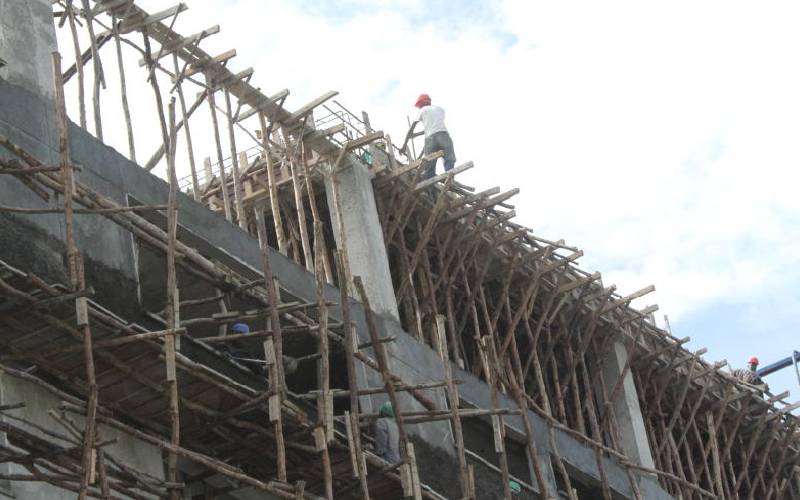 Private developers have continued erecting buildings in several parts of Nairobi despite suspension orders by the National Construction Authority (NCA).

On Tuesday, NCA came face to face with the face of impunity during a raid at Eastleigh and Kileleshwa areas where they found hands at work despite suspension notices painted on the buildings’ fence.

The authority officials who were accompanied by police officers were met with defiance from developers and contractors who were unmoved by demands to produce approval documents.

Construction: Why you need expert advice

Some developers and contractors accused the authority of malice and stood their ground prompting police to apprehend them as the authority decried lawlessness in the construction sector.

NCA Executive Director Maurice Akech said the arrested contractors and developers would be arraigned in court unless they produce the required documents.

Engineer Akech said the majority of the proprietors did not have county, National Environment Management Authority (NEMA), and NCA approvals.

“NCA approval is only given after other approvals have been made. Many of them were not cleared by either county or NEMA, and thus they could not come to us because of the strict requirements,” said Akech.

Akech said some contractors had been asked to stop excavation at the sites because of the risk the exercise was posing to the adjacent properties.

“They went ahead and we found the excavation has gone beyond the foundation levels of the adjacent buildings. That means the adjacent houses can collapse because their foundations have been shaken,” said Akech.