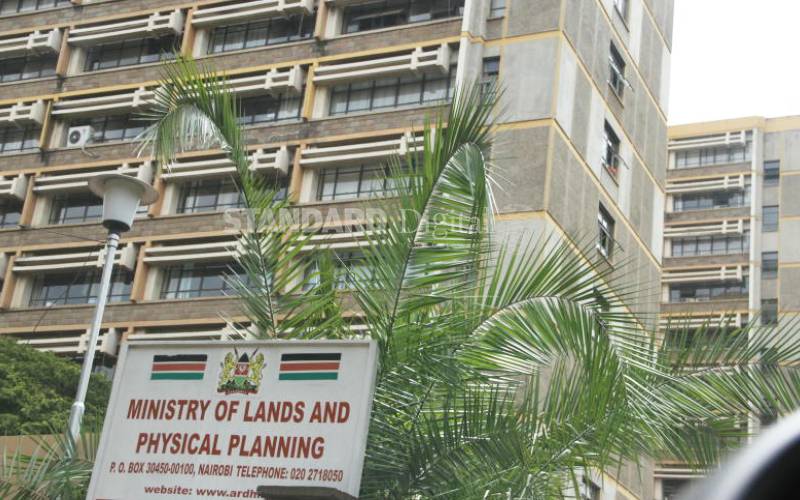 The High Court has barred the Lands ministry from closing Nairobi registry for three weeks for audit.

Justice Weldon Korir sitting in Nairobi issued the order after the Law Society of Kenya (LSK) on Monday raised concern over possible loss of documents and halting of lands transactions which are ongoing.

“Pending the hearing and determination of this application, a conservatory order is hereby issued restraining and staying the second and third respondent (Lands ministry) their agents, officers or any persons from closing the Nairobi and central registries at Ardhi House for auditing,” the judge ruled.

According to LSK’s lawyer Duncan Anzala, the ministry never consulted any of the persons who would be affected by the closure.

“The decision by the respondents to close Nairobi and central registries at Ardhi House for auditing of records for three weeks will expose property owners to risk, since there was no public participation,” argued Anzala.

The ministry advertised in the local dailies that it would close the registry for an audit process that would take three weeks.

Anzala raised fears that some of the documents might go missing or get misplaced and transactions involving financiers and lawyers will be jeopardised after the delay.

“Such a move will interfere with various contracts, where obligations of parties are tied to timelines,” he said.

Justice Korir heard that LSK had already petitioned parliament to investigate the massive failure of the lands management system.

LSK wants the court to order for public participation after National Assembly has reviewed the petition filed in January this year.

The lawyers’ body also wants the court to declare that closing the registry for auditing without public participation was unconstitutional.

The court heard that investigations for Nairobi were ongoing, and so far 400 cases had been flagged as fraudulent.

By Patrick Alushula | 9 days ago