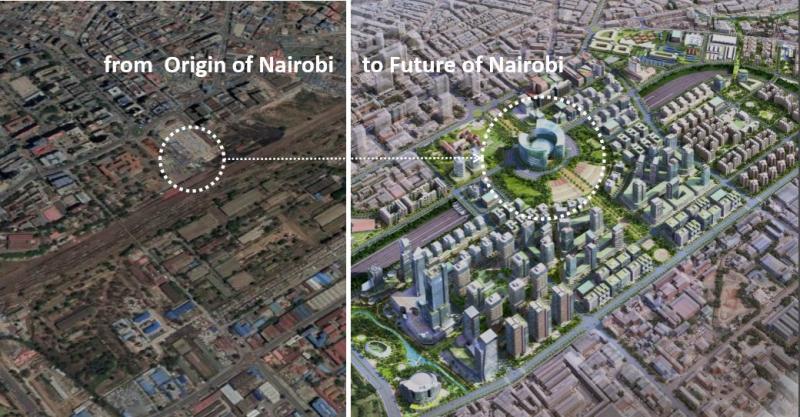 The Kenya Railways headquarters is a focal point that gave Nairobi life in 1903. Decades later, this key transport unit is set to undergo an overhaul that will see it radically change face.

In a master plan that will be implemented in 20 years, the Ministry of Housing and the county government plan to have a planned green city to replace the current shabby ‘lunatic express’.

The plan ‘Urban Plans, Urban Designs, Economic and Implementation Study for Redevelopment of the Nairobi Central Railway Station and its Surroundings’ is currently undergoing public participation. It will be unveiled in December.

It seeks to re-engineer 430 acres piece of land from Uhuru Highway all the way to Muthurwa into a city complete with skyscraper buildings, residential flats, a cultural centre and a museum.

It’s a brand new, second-hand train, but fret not as long as we keep going

Last month, Kenyans were given 60 days to air their views before the plans are finalised and presented to Cabinet as a policy document for its adoption.

According to the plan, railway infrastructure will gobble a huge chunk of the project at Sh17.5 billion, followed by water supply and construction of roads and pavements that will take Sh3.9 billion and Sh2 billion respectively.

The draft plan describes the project as a “multi-modal” hub that will guarantee “seamless connection” among commuter rail, three bus rapid transits, airport limousine city bus and non-motorised transport such as bicycles.

According to Benjamin Njenga, Director of Housing, the project will be done in three phases, with the first phase including development of railway structure, arterial roads street commercial, house mapping and expansion of the Technical University of Kenya (TUK) Road to connect to Bunyala Road.

“We are looking at possibility of having the railway track pass underground and the road go through the surface; the road will open up the city and give life to it alongside other projects,” says Njenga.

Other facilities to be included in the scheme are residential buildings, community and government buildings, open space and plazas, and powerful non-motorised and pedestrian walkways.

“Such a diverse urban programme will generate a 24-hour dynamic city,” says the PS.

The new central railway station will have an open wide street lined with trees and will empty pedestrians into Moi Avenue.

It will also have a transit centre for integration of bus rapid transit (BRT), airport limousine, bus and taxi services.

Once complete, the project will have four roads crisscrossing the city, one from Industrial Area to Moi Avenue through the new railway station, and one from Uhuru Highway, cutting through railways land and connecting though the rear part of Muthurwa market to Jogoo Road roundabout.

The layout is part of plans to enhance the city moving Transit Centre to Uhuru park, Upper Hill, City stadium and Eastleigh areas.

The government is looking at debt and equity financing, bonds, public private partnership financing as the financing models for infrastructure projects.

Njenga says they will be seeking to have creation of a special purpose vehicle under the State Corporations Act and under the Companies Act dubbed the Railway City Development Authority that will implement the project.

“The authority, just like the one in Konza City will be responsible for coordinated development on the modern railways city,” says the engineer.

Open space, road, residential, mixed use commercial and park and plaza and pedestrian roads will take a big part of the city alongside schools and railways utilities. It is anticipated that the city according to the infrastructure plan will require 7,480 cubic metres of water per day upon full development.

To address the water issue the master plan has incorporated water recycling for flushing of toilets.

The recycled water will also be used to irrigate the green areas while rain water will be collected and stored in underground tank below the proposed railway station.

The scheme also anticipates that there will be an estimated 5,984 cubic metres per day of waste water generated, which will be conveyed through a flow to two already existing trunk sewers.

Also to be incorporated in the master plan is construction of a Kenya Railway Museum and police station, complete with a fire fighting and disaster response centre.

As part of maintaining heritage of the old railway that gave birth to the city, the master plan indicates there will be relocation of the old station after its rehabilitation into “New Kenya Railway Museum,” while the KRC headquarters will become the New KRC Cultural Centre”.

A few metres away, the existing coffee mill building will be refashioned to be Kenyan Coffee Centre, while the former Uchumi Supermarket, Muthurwa Social Hall, Sihk temple and Wakulima market structure will be renovated but with their current looks retained.