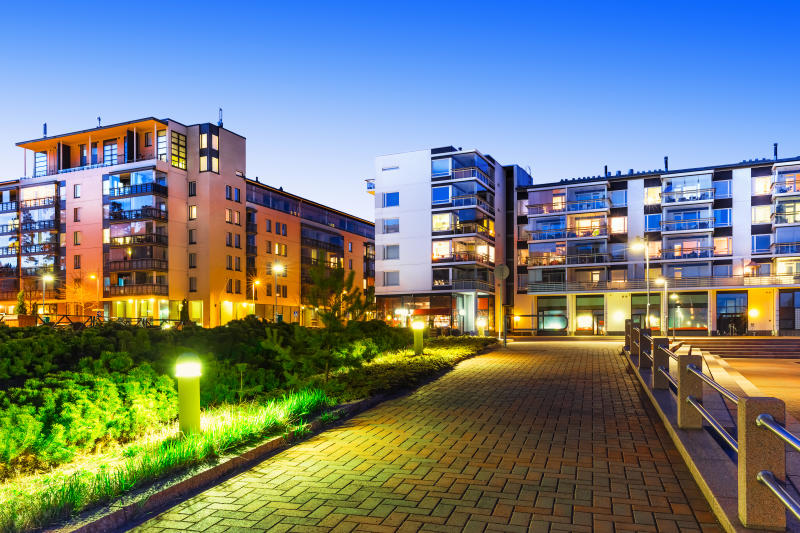 While infrastructure developments are expected to boost interest in real estate, government borrowing has left a liquidity crunch that has constrained growth.

This in effect means taking one step forward and another step back, a zero sum gain where all the gains made are eroded just as fast.

This came out as the Hass Property Index for July to September this year was released on Tuesday.

“The Government agenda of late has been largely infrastructure driven, which would have a positive effect on property prices. However, the debt burden that has been created from this, that is sweeping liquidity from the market has the exact opposite effect,” said Sakina Hassanali, Hass Consult’s Head of Development Consulting and Research.

She said the creation of infrastructure has resulted in huge debt which needs to be repaid, which means that government spending into the market has not trickled any economic growth.

“This result in a property price stagnation, which we are witnessing at the moment,” she said.

Caught up in a situation akin to a standstill, with asking prices marginally dropping by 0.9 per cent, sellers have resorted to discounting property while the number of distressed sales, including bank foreclosures rise.

“The banks are releasing a lot of property at discounted rates. Buyers are coming in to our offices saying we need to offload property either to pay debts or some out of uncertainty,” said Hassanali.

Despite the situation, however, Hassanali sought to allay fears of a full blown crisis, saying: “The Hass Index measures advertised prices, and what we’re seeing there is that is not decreasing. So we’re not at a place where it’s a full blown panic.”

Not everyone, however has been negatively hit by the worsening economic situation.

The report showed an increasing preference for property in the periphery of Nairobi, with Thika becoming a preferred destination for tenants.

The lower and middle income markets have been the most affected by the economic environment.

“The increased cost of living has seen high demand for low to middle income housing and far flung (areas) as tenants opt for cheaper units in the wake of the prevailing high cost of living and uncertainty in this economic environment,” said Hassanali. She said that, as a result, satellite towns with nearly finished modern units, but with more affordable asking prices, are a favourite for bargain hunters who led to increased asking prices for rents in Thika, Limuru, Mlolongo, Tigoni, Ongata Rongai and Ruaka between July and September.

Over the last year rental prices for Thika grew by 13.3 per cent. At an average rent of Sh23,400, this is easily the most affordable town, making it a good bet for tenants.

However, Kiserian recorded a 4.6 per cent drop, something attributed to poor access due to road bottlenecks.

The only Nairobi to see an increase in apartment sales prices in the quaretre were Upperhill (1.3 per cent and Westlands at 0.1 per cent. Kileleshwa, Kilimani, langata, Lavington and parklands all recorded a drop.

Ridgeways recorded the highest quarterly increase in asking house prices at 3.9 per cent while Juja recorded the biggest drop at 7.8 per cent. This, Sakina pointed out, is a change from two to three years ago when Ridgeways was in a downturn, whereas Juja was seeing an upturn. “roperty prices within suburbs tend to follow a cyclical pattern,” she said.

Sakina said there is still buying activity but with a lot less confidence: “Only projects that are very exciting or offer something very unique are seeing any traction, the rest everyone else is just sort of holding off to see where the economy takes us.”

However, some argue, the heavy investment in infrastructure will pay off in the long run. “The government has always borrowed for infrastructure to plug the budget deficits. While this may crowd out private developers, these ones must look at how the infrastructure supports long term investments in real estate,” said Town and county planner Mairura Omwenga in a separate interview.

Decor ideas for a corridor

If a corridor is narrow and dark, go for lighter pastel colours or neutrals such as creams and beige or soft white to light up your space.

By Joackim Bwana | 9 days ago