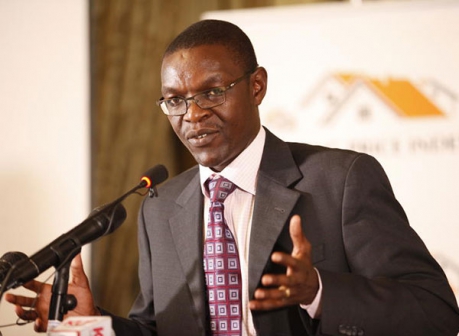 For the local market, this is usually fuelled by uncertainty. This year, however, could be different, according to the Kenya Bankers Association (KBA).

KBA director of research and policy Jared Osoro, said elections are a one-month thing and that cannot deter investors from investing since many invest with a long-term vision.

Hope and fear of captains of industry on the Sh3.66tr Budget

“Our anticipation is that a number of facilities that were pending approval will have been completed and developers will seek to bring to the market the on-going housing projects,” said Olaka.

According to the housing index, the average house prices grew slower by 1.58 per cent in the same quarter, compared to 2.2 per cent rise recorded in the previous quarter. KBA attribute this trend to the market adjustment in response to the new market conditions on the back of new interest capping laws, which led to poor credit uptake.

“Broadly speaking, during the last three months to the end of the year, banks were more particular in their approvals. Customers on their part depicted a somewhat reluctant stance approaching any long-term borrowing with a wait and see attitude,” said Olaka.

“Whereas the general trend in house prices has been positive, the mild dipping in its rate of increase during the fourth quarter was a reflection of the market adjustment in response to the new dispensation on the back of new banking law,” said Osoro. KBA had fiercely opposed the Banking (Amendment) Act 2016 that was effected on September 14. Previously, some experts, including Olaka himself, had said that the interest capping would increase mortgage uptake.

The KBA report agrees with a recent report by HassConsult, which blamed the new law to low activity in the sector.

“While many thought that capping of interest rates will cause rise in uptake of loans to buy properties and investment in real estate sector, this has not been the case as loans uptake has gone down since commercial banks are now conservative in lending,” said head of research and marketing at HassConsult Sakina Hassanali when they released their report last week.

Apartments continued to account for the largest share of sale transactions at 60 per cent followed by maisonettes at 23 per cent and bungalows at 17 per cent.

“The market reflected dominance of market activity of the middle and upper end of the market than the lower end as supply remained aligned to that segment and the severity of the demand constraints,” said Osoro.

Safaricom has partnered with the Kenya Alliance of Resident Associations (KARA) to improve security for residents.

By Joackim Bwana | 10 days ago

By Vivianne Wandera | 11 days ago