Eliud Owalo is an economist whose delicate balance between politics and professionalism has steered him to the heart of President William Ruto’s administration.

The management strategist who has been nominated to head the ICT docket brings a wealth of experience to the Cabinet.

Mr Owalo previously served as an aide to former premier Raila Odinga, and was one of the key figures that helped Raila deliver on his mandate before they broke ranks.

The man from Rarieda, who holds a masters in business administration, is currently studying for a doctor of philosophy in strategic management from the University of Nairobi.

Owalo is also a member of the Professional Trainers’ Association of Kenya. Prior to his appointment by Ruto, the former St Mary’s School Yala alumni ran a consultancy firm - Owalo and Associates - as a managing consultant and has worked with several entities to develop strategic management plans.

The ICT nominee expressed optimism that he will deliver on his mandate to shepherd the country in its quest to embrace technology.

“This is an opportunity for me to serve my country and to help the president deliver on the promises that we made to Kenyans,” said Owalo.

He promised to issue a comprehensive statement outlining what he intends to achieve and deliver in the docket. “There is no greater honour than to serve one’s country. I promise to be responsive to the needs of Kenyans and to serve selflessly with diligence,” he said.

For a man who has built a strong profile in management, Kenyans will be waiting to see how his expertise will be put to use in the ICT sector.

Owalo has also been charged with ensuring successful digitalization of government services aimed at driving the country’s knowledge economy.

In the build-up to the August polls, Owalo was an integral figure in Ruto’s quest to penetrate the stubborn Nyanza voting bloc. He helped develop an economic plan for the region and got the president to sign off on it.

By Kennedy Gachuhi 19 hours ago
Politics
Kanu back to the drawing board, to keep government in check 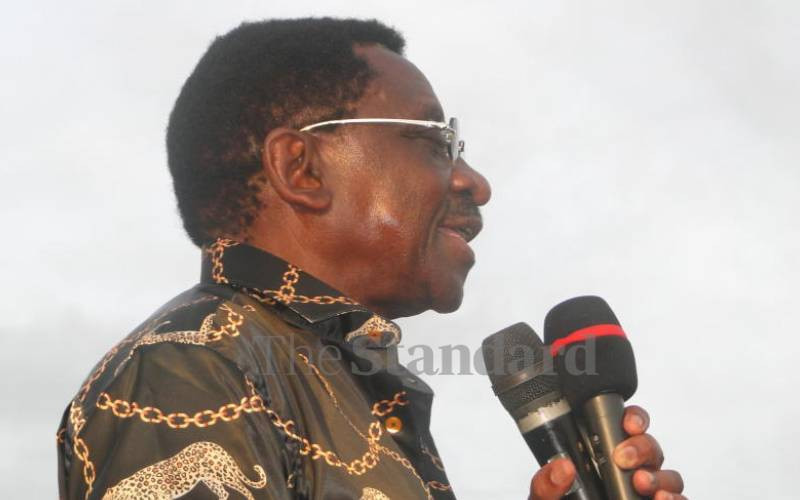 By Isaiah Gwengi 22 hours ago
Politics
Orengo ready to work with Ruto but wants politics out of development
.