This comes days after the Court of Appeal upheld the decision of the High Court, rendering the BBI process unconstitutional, null and void.

Speaking during a meeting with grassroots leaders from Gatanga Constituency at his Karen home, the DP urged legislators to put in place policies that will unlock the implementation of the Big Four Agenda.

“Let us not waste any more time in fruitless engagements. I will continue implementing the projects that we started with President Uhuru Kenyatta of uniting and transforming the country," he said.

Further, Ruto reiterated that he will not give up on his quest to uniting the country under a national political outfit adding that unity will ease the implementation of the country's development agenda.

"We will not lose the momentum. We will not retreat. Leaders must learn to tell the truth even in difficult times,” he added.

The DP added that he had already brought together more than 150 MPs who will help in fulfilling the promises Jubilee made to Kenyans.

Ruto has on many occasions alleged that the President shifted his focus to the Building Bridges Initiative (BBI) leaving the government projects unattended.

“All the plans we had for the country have now been derailed by the BBI campaign. I will remain steadfast in opposing the initiative,” Ruto said while touring Nyamira in October 2020.

Ruto said that they started well and had been implementing a number of programs to change the lives of the many vulnerable Kenyans, but midway, the President diverted the agenda and instead started engaging in BBI politics.

Despite the bittersweet relationship between the duo, the president has been launching a number of development projects across the country.

Differences between the two erupted shortly after President Uhuru Kenyatta and Raila Odinga had a handshake at the steps of Harambee House on March 9, 2018. 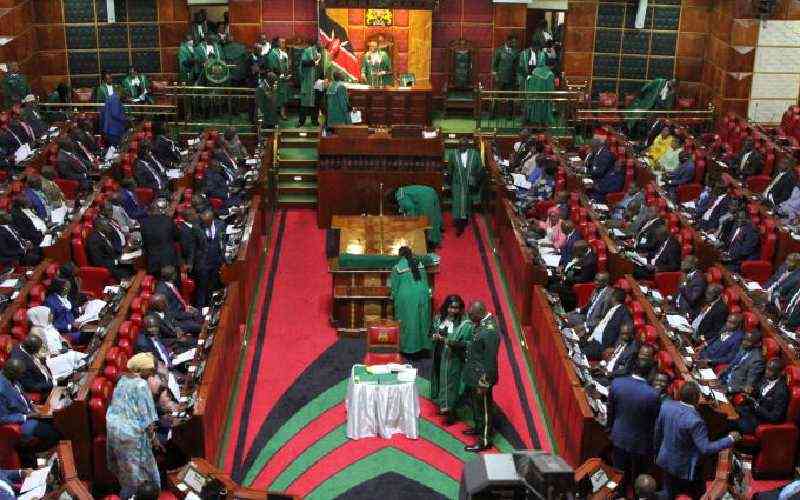